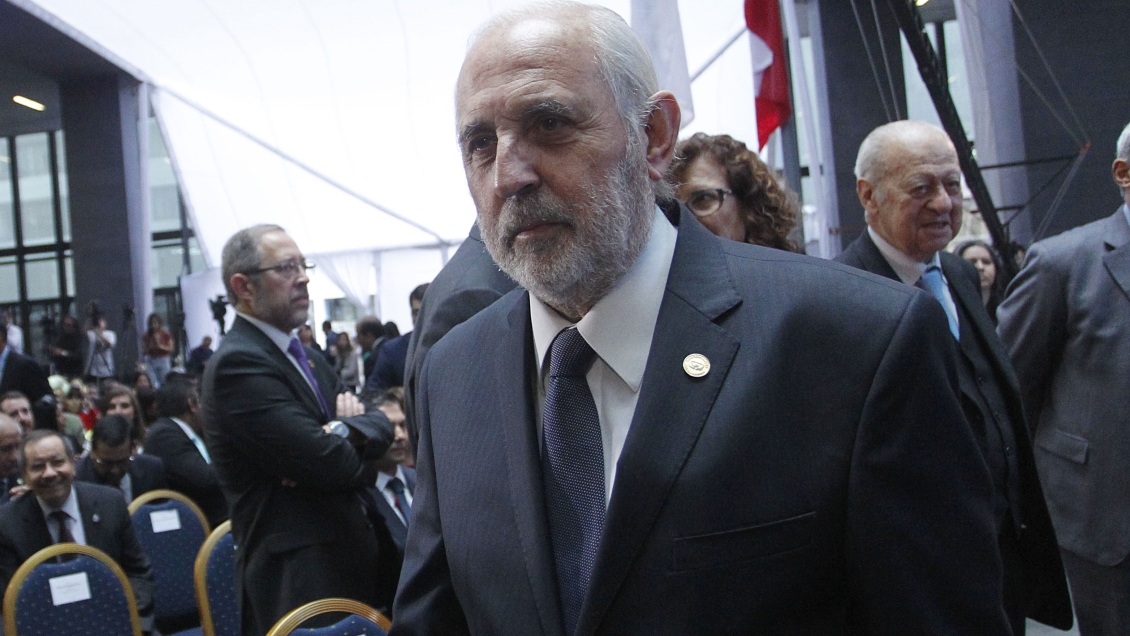 The national prosecutor Jorge Abbott he referred again to the meeting he had with Senator PS Juan Pablo Letelier last November because of the conflict between the O & # 39; Higgins Office and the Rancagua Court for the irregularities that have been reported.

In his public account, the national prosecutor acknowledged that if he knew of any bond of friendship with Letelier with any of the judges investigated, he would not have materialized the meeting, as it would have been improper.

"He (Letelier) did not tell me anything about the particular cause, the truth is that he is indifferent in terms of the content of the meeting, but If he had declared that he was a friend of a member of the Tribunal de Rancagua, we would certainly have ended the meeting, would not have there is no reason to make any personal management in relation to the persons with whom he maintains or maintains any relation "said the national prosecutor.

The meeting between Letelier and Abbott sparked multiple criticisms, including from his own party, for possible parliamentary interference in another state power.

In addition, the senator responded by a photo of the year 2016 in which he appears at a luncheon with several people, including judges questioned, arguing that as a parliamentarian meets with "all sorts of authorities to collect their impressions."

To try to get involved in the bad practices of the accused ministers is unfortunate and responds to an orchestrated campaign against me, of which this decontextualized photo with some erased faces is the best proof.

In addition, when consulted interview with the Cooperative if he knew of the investigation that weighed on Judge Emilio Elgueta, the senator replied that "I had no idea … I did not know they were being investigated in particular for the things we know today."

While prosecutor Sergio Moya, who is conducting the investigation against the suspended judges of Rancagua, said that Senator Letelier did not inform prosecutor Abbott about his "proximity" and "personal knowledge" of the investigated judges.

"Another thing is the purposes, intentions or purposes with which the senator asks the audience to the national promoter. Here we should ask Letelier if he duly informed the national prosecutor of his personal knowledge of the ministers investigated at the time of requesting the hearing, or at the hearing itself, because what I understood did not occur. This personal bond was not disclosed, I do not know if I should call it friendship or not, but I am close to the ministers investigated, "Moya said in an interview The mercury.

Letelier ruled out irregularities on the trip to Cairo

The Socialist senator also dismissed any irregularities on his private trip to Cairo, Egypt, which he did off the road to his participation in the assembly of the Interparliamentary Union in Doha, Qatar, from which he retired early after finishing his work. in the commission stage.

He insisted that he himself financed his private trip, yes, taking advantage of a scale of his institutional trip paid by the Senate.

"The airfare is of the order of one million 600 thousand, I traveled economically for a long time, I do not care where I go. It's a return ticket and on the way back, passing through London, because the flights are not direct, I took the opportunity to travel to a private meeting at my expense, " said the senator, who stressed that "It did not mean any weight in Congress."

It turns out that your private trip was made during legislative week, and in the Senate, unlike the House, the days not worked are not discounted.

Meanwhile, for the Speaker of the Upper House, Jaime Quintana (PPD)It is not appropriate for a parliamentarian to take economic advantage of an institutional trip.

"It is not appropriate, if a trip with this kind of scale can mean an economic advantage for someone, it is a matter that clearly deserves a review and if there is an ethical question naturally, it is up to the ethics committee to address it," Quintana said.

However, the head of the Ethics Committee, Francisco Huenchumilla (DC), dismissed a lawsuit against Letelier.

"The faculties that one has to carry out ex officio is when one deals with very serious facts of public connotation. I have not seen the background, I have not read the press and therefore I will wait if the table or a senator demand this, "said the Phalange legislator.

So far no one has made any presentation and even at the meeting of the committee of socialist senators, Letelier's relationship with the Rancagua judges investigated for alleged corruption was also not addressed.