A young woman from Castelli, who was hospitalized in a hospital in La Plata, died of hantavirus 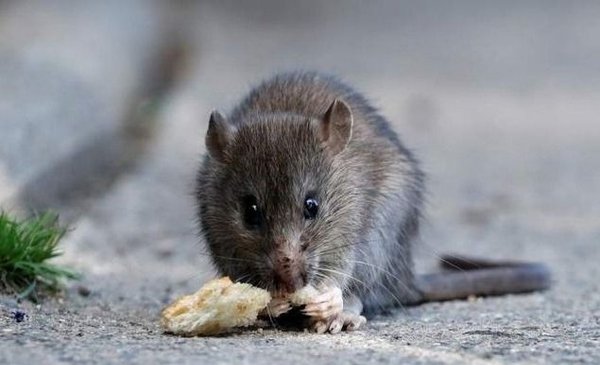 The woman had been in Ipensa's sanatorium for five days. There are already six infections in the province of Buenos Aires. Berisso's painter remains serious

Hantavirus claimed the province's first fatal victim of the year: a 34-year-old girl, originally from the town of Castelli, died yesterday of hantavirus at a clinic in La Plata that she had admitted days ago with symptoms of the disease. medical and provincial sources of the Ministry of Health.

With this case, the number of infections in provincial territory is six, this being the first death due to hantavirus so far this year. Nevertheless, they are figures "within the expected" for this time of year, assured health authorities of the Province. Throughout the country there are already 14 fatal victims, eleven in Epuyén, Chubut; one in Tartagal, Salta; and another in Entre Ríos.

The young woman who died yesterday in our city was hospitalized since January 14 at the Ipensa sanatorium. They decided to move him from Castelli when he "started with respiratory problems". The picture worsened and the 16 moved to the intensive care unit; yesterday death occurred. The Malbrán Institute confirmed, hours after death, that the patient had contracted hantavirus.

The woman, identified as Tays Pérez, worked in the agroindustrial area and, according to the first information released by the Health portfolio, the disease was spread in a field of direct contact with the rodent that transmits the virus.

The news hit the community of Castelli very harshly, since the victim is the daughter of a doctor, current adviser and recognized Peronist leader of that area. Francisco Echarren, the mayor of that city, spoke with EL DIA and said: "At the moment we are meeting with the whole office and we are on alert because obviously we have an infectious focus and we are taking measures to avoid new infections."

In turn, Iván Insúa, Director of Epidemiology at the Ministry of Health of the Province, told El Dia that the woman "lived in a field where she contracted the disease." We have already organized with the municipality and the Bromatology area to make our rapid intervention teams available. It was organized to close the facilities so that nobody passes and all the people who work there are already identified and in follow-up, "he explained. They will disinfect the place. For now, he said, no one else in the area had symptoms consistent with the disease.

Regarding the situation in the province, Insúa said that in addition to the tragedy, "is within the expected number of deaths each year, the characteristics of the disease are still within the expected," he said. And he explained: "In Buenos Aires, we have a mortality rate for hantavirus of 16%, in the south it is 40% and the national average 20%".

He insisted, in turn, that the strain of the province of Buenos Aires is different from that of the outbreak in Chubut. "In the province there is no history of person-to-person transmission," he said, explaining that all cases where the patient is in direct contact with the rodent that transmits the virus are all. All the confirmed cases in the province of Buenos Aires are typical of the region, that is, none of them were infected during a trip to the areas of Patagonia, where the most aggressive strain circulates. "Basically, the behavior and characteristics (of the disease) are still those of the Province, the contagion occurs when people enter the rodent ecosystem," said Insúa.

The other patient hospitalized for hantavirus at the San Martin Hospital, born in Berisso, continued with "a serious respiratory illness," but remained "stable," said Alberto Urban, director of the former polyclinic. And he specified that "the virus that the painter suffers has a period in which we must attend to possible complications or alterations of the picture," and mentioned as examples of metabolic problems or other infections. "You have to be alert and fight against anything that may appear," added Urban.

In the province, the hantavirus mortality rate is 16%. The national average is 20%.

President Mauricio Macri communicated yesterday with the mayor of the city of Epuyén, Antônio Reato, of Chubut, to internalize the march of sanitary measures adopted to prevent the spread of hantavirus.