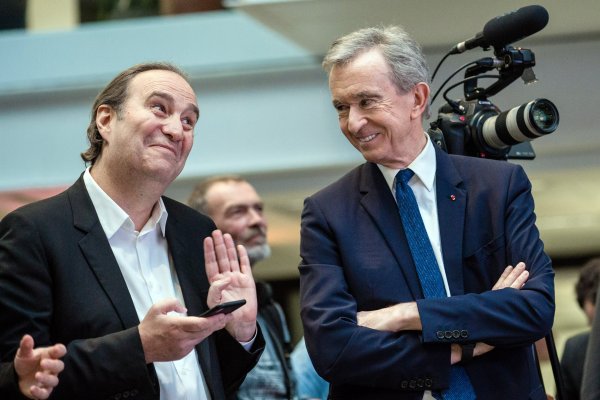 The super billionaire club has a new member. So far, Amazon CEO Jeff Bezos and Microsoft co-founder Bill Gates have been the only ones who have accumulated more than $ 100 billion in assets worldwide.

But this exclusive group has just been added a third member, according to the Bloomberg billionaires index, and is the first European.

The new member is no less than the tycoon of the fashion industry and owner of France's greatest fortune, Bernard Arnault (right in the picture).

Arnault is the chairman of the board of LVMH, a group that controls brands such as Dior, Louis Vuitton and Moet & Chandon.

Its assets grew $ 32 billion this year, the biggest jump among all listed in the agency's ranking.

Thus, his fortune reached the $ 100 billion barrier, falling behind Gates at $ 106 billion, and Bezos at $ 119 billion, which puts the Amazon chief executive as well as the richest person of modern history.

According to a Business Insider account, Arnault is also on the list of millionaire philanthropists who pledged donations to repair Notre Dame Cathedral in Paris after it was affected by a devastating fire.

The French billionaire has committed 200 million euros ($ 224 million), although a senior official linked to the reconstruction campaign assured the AP news agency last week that none of the magnates have yet materialized their contributions.