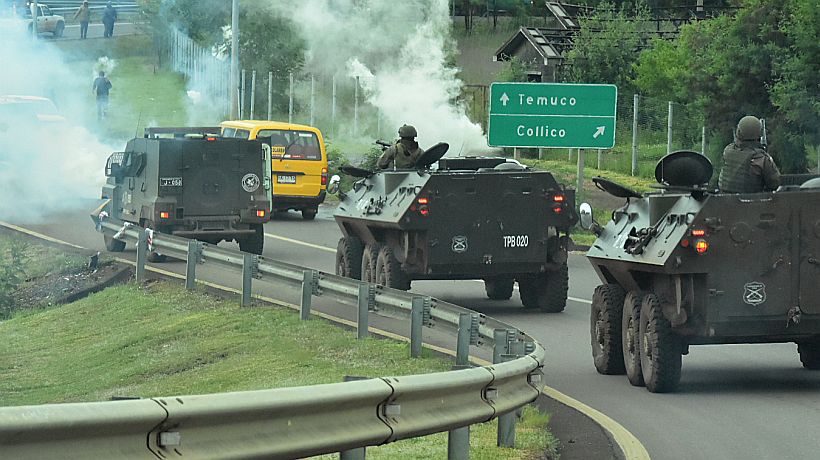 A new report from the Ciper established the chronology of events that occurred on the day of the assassination of Camilo Catrillanca. That Wednesday, November 14, began with the attack of three teachers of Ercilla, continued the fateful operation of the Carabineros and ended with meetings led by senior officers who, three weeks later, opened new questions.

These are five key facts who left the rebuilding of that day:

1. The assault that started it all

Unlike previous occasions, they decided to go to route R-50 by an alternative road, where they found the via cut.

The road had been blocked by a fence made of barbed wire and eucalyptus twigs. They could make no move when four hooded men approached with afirearms, an ax and a machete, to intimidate them and steal their vehicles, one of which, in addition, two nine-year-old children were traveling.

Read too: Case of Catrillanca: They determine that the carabiner has fired seven times its weapon and authorized the cellular georeferencing

According to the Rapporteur, who was prepared half an hour after the assault, the hooded men insulted them, knocked on the windows and forced them out of the cars, fighting with them and fleeing.

At 4:15 pm, while the teachers were abandoned without their cars, the Mapuche comunero Camilo Catrillanca finished the radier of his house with Henry and Jesus Millanao Cañuta, Nelson Quilape Colipi, Jorge Palacio Cañuta and his son, M.P.C. (15 years), all those who testified before the Public Prosecutor's Office.

They were in the The Lagoon, within the traditional Temucuicui community, about four miles south of the site where the assault was committed.

As is tradition in the area, Catrillanca wanted to thank his friends for the help they were giving him in building his house, for which he decided to kill a lamb and prepare to find it with blood. The problem was that he had no coriander, and that's why he went to his mother's house.

He did it in the now famous blue tractor of the community and accompanied by the teenager of 15 years, who wanted to learn how to operate the machine. 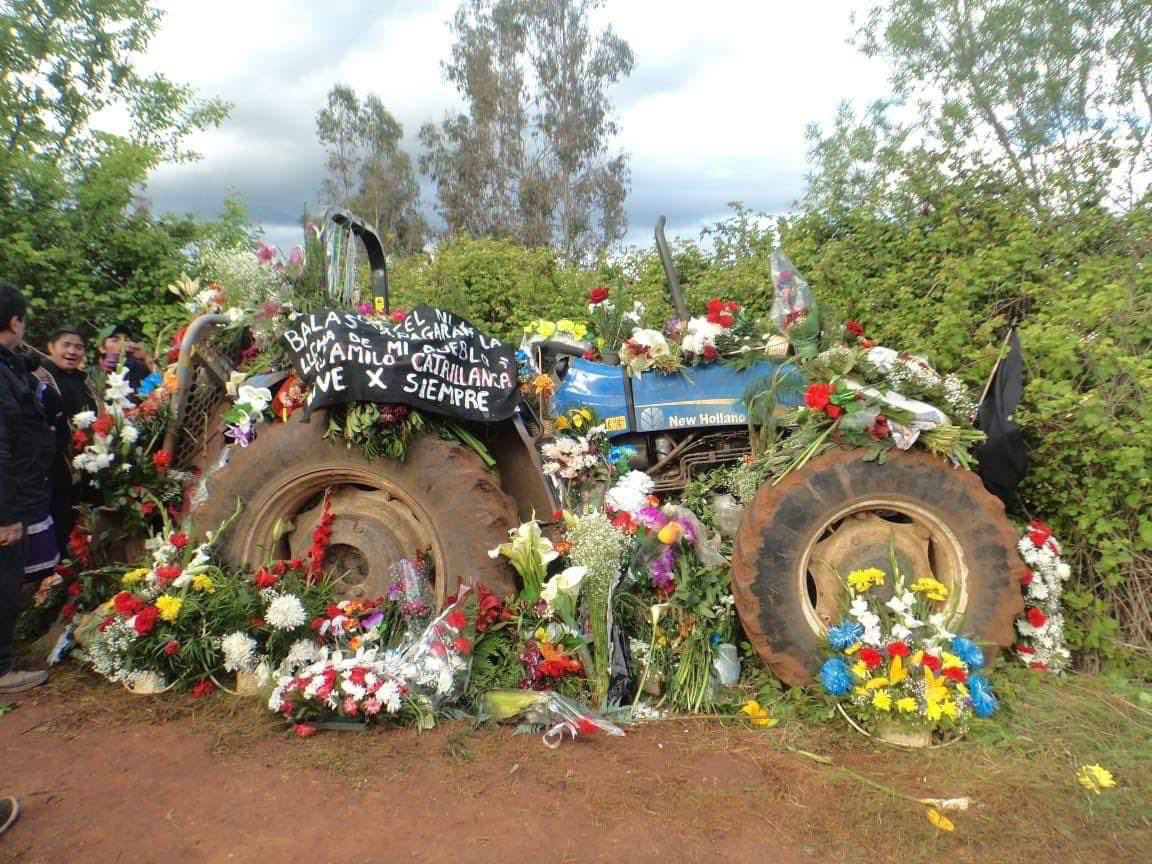 3. The other stolen car

At 16:18 hours, the Carabineros Communications Center (Cenco) alerted the 2nd Special Forces Police Station in Pailahueque about the assault on the three teachers. It is the same police unit that already housed the school where he studied Catrillança.

Two days earlier, on Monday, November 12, they were able to recover Red truck stolen Ford Ranger. It was in the vicinity of the sector of La Laguna, practically in the same place where the blue tractor would be that the young comunero would treat.

Read too: Monica Rincon after the confession of the ex-carabinero accused by the Catrillança homicide: "Why do not you give names?"

Against this background the patrols went to that area and as the November 12 procedure had been the target of several shots, all available officers were ordered to "go out to support".

According to the document List of facts and consumption of FF EE personnel with reasons for the vehicle theft procedure consigned by Ciperthat day came close 50 carabineers to the area where Camilo Catrillanca was murdered.

When, around 9.30 pm, the last carabinier left the community, 406 shots they had been fired by police forces, including 9 mm pistol bullets, UZI and Mini UZI (also 9 mm) machine guns and 12-caliber rifles with "tactical lead cartridges". 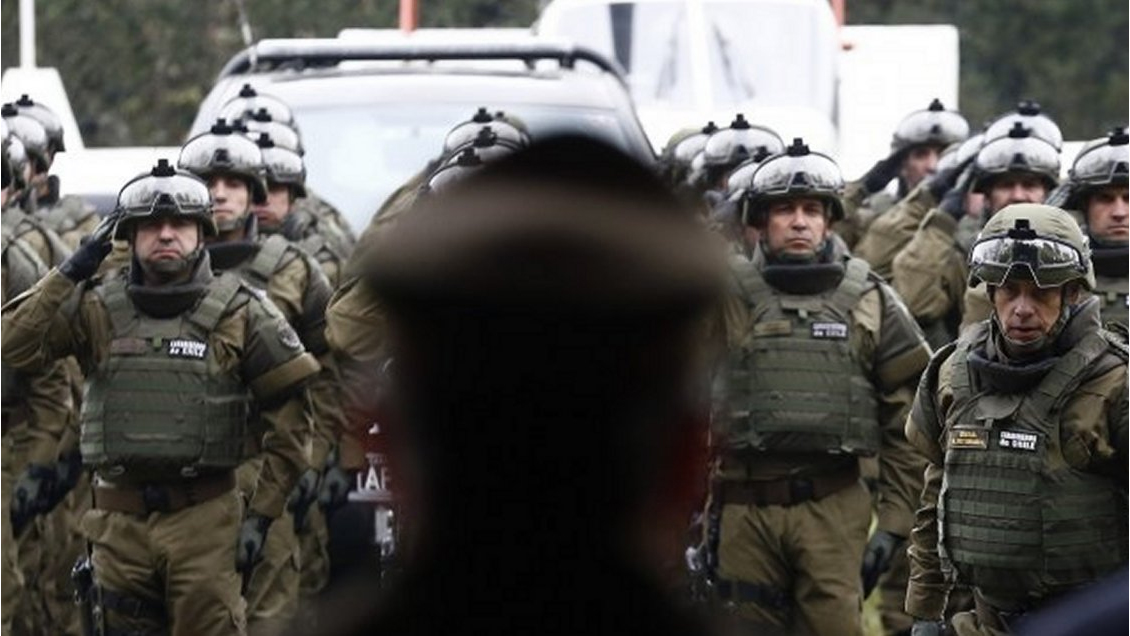 In parallel, they were perpetrated Tear gas 150 and 50 shots with rubber shot.

From the C-02 helicopter flying over the area, the non-commissioned officer Héctor Vásquez reported via Whatsapp to his colleagues from the Special Operations Group of the Police (GOPE) who arrived in La Laguna, who had seen the stolen cars.

Due to roadblocks, four of the five uniformed employees stepped forward, while the driver, Perez, remained guarding the car. While advancing they received no shot or provocation.

Once again from the air, the pilot Axel Hoger and the non-commissioned officer Vásquez They saw three people get out of the car and said they saw two of them picking up the tractor, information that could not be confirmed by the other three crew members of the helicopter who said they had not seen everything that happened.

It was Vasquez, the same who sent the message through the WhatsApp, which alerted GOPE officials on the radio that the suspects were advancing on them in a tractor.

Read too: Alex Smith lawyer negotiates to represent ex-carabineros accused of the death of Catrillanca

The facts developed from that moment on are known, though not all. It is known that the bullet that ended Catrillanca's life came out of Carlos Alarcon's gun, and that the carabineers lied in their first statement when they said they were not carrying cameras and that the tractor had crossed the line of fire.

What is still unknown are the details of the meetings between the officers led by the general Christian Franzani, who traveled that same Wednesday from Santiago to La Araucanía. Ask that became fundamental after the video released by former Sergeant Alarcón in which he says that they "forced us to lie."