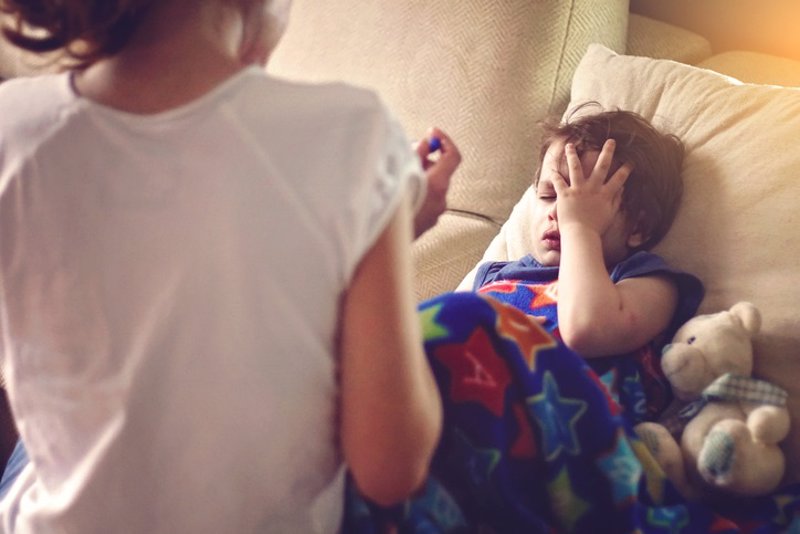 According to the Spanish Association of Pediatrics of Basic Care (AEPAP), during the period of life in which the child attends daycare or nursery, the greatest number of infectious processes occur, and especially during the first year of incorporation.

"Infections are part of a child's normal development. They allow your defenses to activate and eventually improve your immune system. Most of these processes are banal and virus-driven. It is usually respiratory infections (colds, otitis, sore throat and bronchitis) or diarrhea, "he says.

Meanwhile, the Spanish Association of Pediatrics (AEP) argues that diseases that produce vomiting, skin infections and conjunctivitis are frequent, as are many other causes of fever.

And more, points out that most babies in day-care centers have 8 to 12 colds per year, that they are "a little more" than they would have been if they were exclusively taken care of at home. "After the first year that a child attends day care, the amount of respiratory disease decreases, which can be considered a more or less inevitable stage that will have to be passed and that a normal child will overcome without major problems," he says. .

Another note that contributes in an interview with Infosalus, Dr. Paz González, editor of the website of AEP & # 39; EnFamilia, is that when the child goes to the nursery, in addition to the possible benefits of this new situation for the elderly (socialization, adaptation to norms, learning to share, among other aspects), there is a fundamental consequence from the point of view of health, which is the earliest and most intense exposure to infectious agents and which almost inevitably results in repeated episodes of mainly respiratory and gastrointestinal infections.

In this sense, AEPAP recognizes that it is difficult to control its contagion, since some of these infections are transmitted before the first symptoms, during the incubation period. "To this we add the frequency with which children interact with each other, share toys, pacifiers, balloons or stories, for example, and have secretions (snot, saliva, drool)," he adds.

"When a child is sick, he needs to rest. It is preferable to stay at home while illness lasts, play quietly, read stories and do the activity you want. He may not sleep well at night and may prefer to sleep for short periods of time during the day, coinciding with times when he is tired and not feeling well, "says Dr. Gonzalez.

Although remember that many times, even if they do not attend day care, if they have a little brother who attends day care or school, they will also have more infections than a child who does not have siblings.

For this reason, it is recommended that when they are ill, they should avoid going to kindergarten and staying home in the following circumstances:

1. When advised by common sense from parents.

2. In cases where the child needs a kind of care that can not be offered in day care, or be unable to participate in an acceptable manner in the normal activities of the center.

3. If you have symptoms of Impact of your general conditionsuch as fever, respiratory distress or irritability, for example, or ill-defined and potentially dangerous symptoms such as unexplained vomiting to explain them.

4. When the child has an illness that It can affect others.

5 In diseases As colds, flu, children can go to the nursery when they are well and without fever. Some diseases like megaloeritema, sudden eruption, or mouth injuries, you can go if you are well. In the case of gastroenteritis and vomiting, when 48 hours have passed since the last liquid deposition or the last vomiting.

As AEP adds, it is appropriate to follow the recommendations of health professionals until recovery and in any case stay home for at least 24 hours after the fever has disappeared.

"Each child may have different needs, some prefer to stay in bed and others on the couch or move around the house, it is recommended that the room is not too hot, open the windows to ventilate and maintain proper hygiene," he adds.

Similarly, advises that in the early days you may not want to eatThus, he advises parents not to insist that they take food, because progressively, they usually regain appetite. "You should drink liquids to hydrate (water, juices, broths, infusions.) When you have an appetite, you can offer small portions of nutrients and nutritious liquids like milk," says the Spanish Association of Pediatrics.