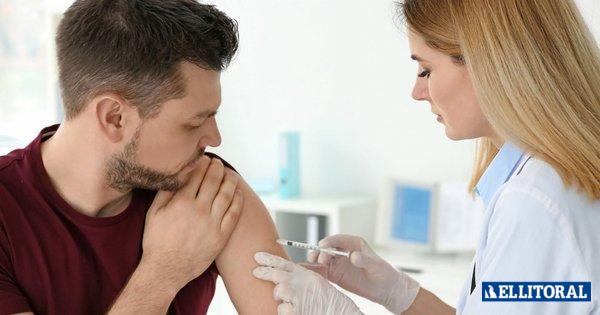 A quick online test of 11 questions lets you know if it is necessary to vaccinate against yellow fever before traveling this summer to beaches in Brazil, among other risky destinations.
You have to enter the website of the Ministry of Health of the Nation and click on "Start the test". The third question asks whether at destination – country or region – there is a risk of transmission of the yellow fever virus, an infection that is acquired by the bite of some mosquito species.
To be able to answer yes or no to "Do you travel to a country or region with a risk of transmission? There is a link to a 48-page document in English that the WHO released on November 15 with the list of destinations for those who recommended the vaccination 10 days before the trip, or, more accessible, is to call the number 0800-222-0651 to confirm if the chosen place is within the areas for which the Argentine sanitary authorities advise the vaccination.

Seven cases
Last year, there were seven confirmed cases of yellow fever in the country. All had traveled to tourist areas of Brazil, were between 22 and 70 years old. None were vaccinated. The two affected 69-year-old Argentine tourists who died tried to vaccinate before traveling, but they advised against it because, due to age, it could have adverse effects.
Six of the seven tourists visited Ilha Grande, in Rio de Janeiro, and one of them passed through Ouro Preto, in Minas Gerais. Both states remain in the expanded list of areas in Brazil for which the WHO advises travelers over nine months of age to be vaccinated against yellow fever. There is also the federal district, São Paulo, Espírito Santo, Bahia, Amazonas, Santa Catarina, Rio Grande do Sul, Rondônia, Goiás, Maranhão, Mato Grosso, Acre, Amapá, Minas Gerais, Pará, Tocantins, Paraná and Piauí.
The national health authorities especially recommend that those traveling to the states of Paraná, Santa Catarina and Rio Grande do Sul be vaccinated. "The exception is some states in the Brazilian northeast, but for the rest of the neighboring country the recommendation continues," they say officially. In the neighboring country, until next May, is the period of high transmission of the virus.
The WHO also advises that travelers who visit Iguazu Falls should be vaccinated. The Ministry of Health of the Nation agreed with this recommendation. "Between January 2017 and November 2018, six countries and territories of the Americas recorded confirmed cases of yellow fever: Bolivia, Brazil, Colombia, Ecuador, French Guiana and Peru. During this period, the greatest number of human and epizootic cases epidemic in monkeys) reported in the region over several decades has been reported, "the Pan American Health Organization (PAHO) said four weeks ago. He added: "The continued occurrence of epizootics in Brazil in the months when climate conditions are less favorable to the circulation of the virus (June to November) is cause for concern and indicates that the risk of transmission to unvaccinated humans persists" .

Jungle and urban transmission
The transmission of yellow fever has two cycles: the jungle and the urban. The first is the one that continues in the neighboring country. It produces epidemic outbreaks in monkeys in wild areas and it is the mosquitoes sabethesohaemagogus that transmit the virus between the animals and the human being. Therefore measures are indicated to avoid mosquito bites (use of repellent and clothing covering the extremities).
If an infected person travels to an urban area with the presence of the Aedes aegypti mosquito, the urban transmission cycle may begin. Dengue, Zika and Chikungunya fever share vectors with yellow fever.

Indications and
contraindications
"The population is advised to consult a doctor at least four weeks before the trip, so that a professional can define the indication or not to vaccinate against yellow fever," added the researchers from the Ministry of Health of the Nation. If applicable, you must receive it at least 10 days prior to travel. The vaccine is given only once in a lifetime. "
For those over 60, PAHO recommends assessing the risk of contracting the disease versus the risk of having a complication.
Vaccination, according to the National Health Secretariat, is contraindicated in:
• less than 6 months
Pregnant
• People allergic to vaccine components: egg, chicken or gelatin proteins
• Patients with immune disorders, including HIV infection
• People with immunodeficiencies, malignant tumors and diseases that require immunosuppression, as in the case of transplant recipients.

People in the groups listed below have an increased risk of developing potentially serious adverse effects on vaccination, so the indication for vaccination should be evaluated: Children between 6 and 8 months of age or Adults 60 and over who are vaccinated for the first time against yellow fever or pregnancy or breastfeeding.
The International Health Regulations provide for the presentation of the exemption certificate with the same validity as the International Certificate of Vaccination.

In Corrientes
The yellow fever vaccine is the most effective prevention measure. It is available and is free at all health centers with vaccination in the province.
In addition to optimizing care for travelers from Monday to Friday, from 9 am to 12 noon, a vaccine was installed in the premises of the Immunization Directorate of Hospital Angela I. de Llano (Av. Chacabuco 3288-Ctes, Cap.).