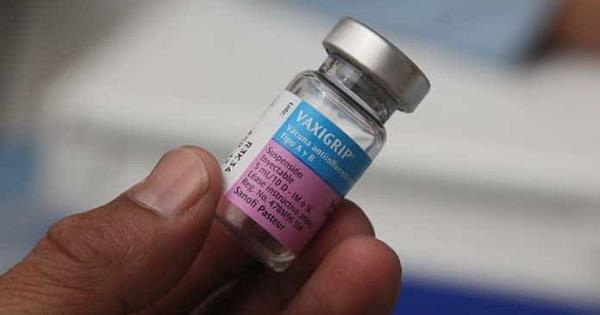 Víctor Cruz was 25 years old when he died, his wife was pregnant and had two small children; Horacio Álvarez lived alone in his house for more than a week, while Guadalupe Arce contracted the disease when he attended his patients. All three had influenza during the 2009 pandemic.

Chaos, surprise, sadness, death and survival are the memories of those who, a decade ago, experienced the AH1N1 flu pandemic. On April 23 of that year, the Ministry of Health informed the new strain of virus for which there was still no vaccine.

Preventive measures were taken: classes were suspended, clinics and hospitals worked at weekends, were invited to wear masks, some offices allowed to work from home, football matches were played in stadiums without fans, mass events were canceled and the streets and Metro seemed almost empty.

Even the circulation of minibuses and taxis with cloth-covered seats was banned to prevent the virus from proliferating, since, unlike those covered with vinyl, they could not be cleaned with water and chlorine.

Influenza is a respiratory disease, there are four types: A, B, C and D, however, the first two are those that can cause epidemics, particularly type A, because viruses mutate more easily and when a new one emerges strain with the ability to spread from human to human can trigger pandemics such as 2009.

Víctor Cruz's family does not know when the young man working in a telecommunications company was infected, but they assume he was in one of the stores that he had to visit as part of his job.

"One day on Thursday he started to feel bad, he went to a clinic in Aragón because he always attended there, they gave him medicine for the flu and they took him to his house.

The next day got better, but the third one got worse and returned to the clinic, they changed the medication and sent home again, "recalled his sister-in-law Silvia Alejandra López Aguado.

On Sunday, he felt worse and began to expel blood, so he returned to the clinic, at that time he was hospitalized, intubated and received more medication, but three days later he died.

Doctors said it was the flu, but the death certificate stated that the cause of death was pneumonia and this left the family forsaken.

Adriana Lopez, wife of Victor, was five months pregnant, and also had the flu, received prophylactic treatment with oseltamivir in low doses to avoid damages to the baby, which was successfully achieved.

Horacio Álvarez had a better story. He believes he was infected at work in the San Rafael area, and at first he thought it was a cold, but the symptoms lasted for two weeks and he also had a fever.

He went to the IMSS clinic and said it was influenza, explained that it was not necessary to admit him, just follow some recommendations at home and treatment, with the antiviral.

"I insulated myself in a bathroom room, I did not have to share my personal items with anyone, my bedding had to be washed separately and then they had to disinfect the washing machine. My father was the one who came to my room and did with gloves and face mask, "he said.

When they took him out to eat, they left him the tray with the food served in disposable plates, knocked on the door, and left so he could go out to pick it up to avoid infecting other family members, a situation that now seems to be amusing

So far there have been no sequels, each year is vaccinated against the flu and leads a normal life.

Hospitals, the first coat of arms

While most stores were closed, schools were empty, and the streets were semi-deserted, hospitals were servicing the growing number of patients with influenza, especially within two or three months after the onset of the pandemic.

"The medical and nursing staff not only asked for it, but also asked for prophylactic treatment so as not to be infected with the virus," said Luisa León, who was then chief of nursing at the Hospital de Infectologia de La Raza (IMSS).

"It was chaotic, everyone wanted the treatment we had, even maintenance people wanted oseltamivir, for more than two months we had no breaks and vacations were not allowed, unfortunately we saw a lot of patients die," he told Notimex.

"Of course, in face of these emergencies, health personnel need to protect themselves with prophylactic treatment, since it is the most exposed and can also become an element of contagion for others," said Infectology nurse Elsa Guadalupe Arce García.

"I got the flu while I was taking care of the patients because I did not receive complete antiviral prophylaxis. In April, I started to feel ill, I went to an IMSS clinic on a Sunday and they confirmed that I had the flu," he said.

He completed the 10-day treatment with oseltamivir and although he has always controlled asthma, he has since become more vulnerable to any respiratory disease.