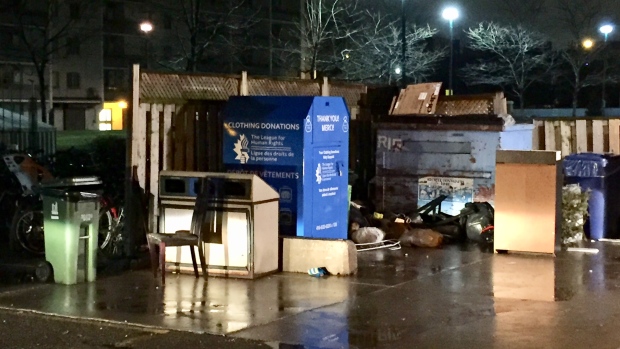 A female found trapped in a donation box in Bloorcourt Village early in the morning died, police confirmed.

Investigators say a female was heard by witnesses shouting for help just before 2 am after she was trapped in a clothing donation box behind a building near Bloor Street and Dovercourt Road.

Police say half of the woman's body was coming out of the chest when emergency responders arrived.

She had no vital signs when firefighters were able to pull her out of the trash and despite her efforts to resuscitate her, she was pronounced dead on the spot.

The incident is not considered suspect, but was considered death by misfortune.

Two similar incidents were reported in Vancouver in 2018.

The death of a 34-year-old man found in a clothing donation box in West Vancouver on December 30 resulted in the removal of donation boxes across British Columbia.

-With files from CTV Vancouver