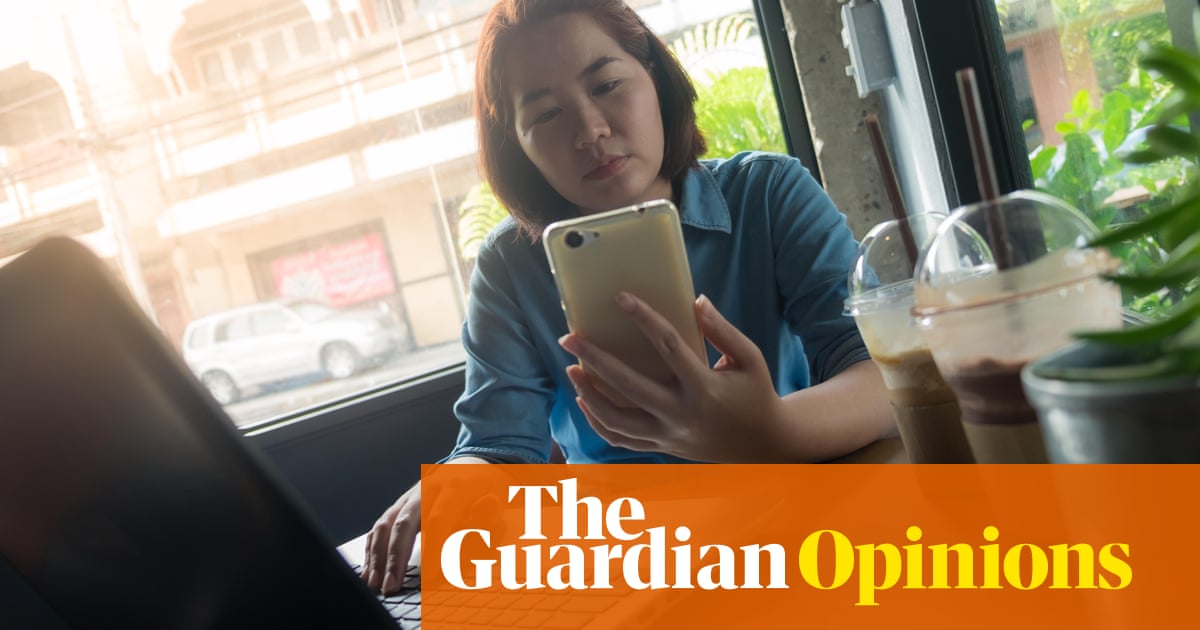 ANn anonymous The Manhattan lawyer tells us in Bartleby, by Herman Melville, the Scrivener from a bewildering turning point in the tale, in which Bartleby one day stops to follow orders and instead replies: "I would rather not do it" action is inconceivable, both disobeying orders but also have no clear warning or reasoning for the sudden change of heart. The phrase became famous and, in the modern way, sloganized. A friend of mine has on a tote bag and t-shirt. It can be found in many salable formats for the millennium generation.

In many respects, it characterizes the millennial condition, as a Buzzfeed viral essay defined this week: those born between the early 1980s and 2000 are surrounded by "paralysis of scraps," says author Anne Helen Petersen. The line between work and life is so foggy that for the millennial generation the idea of ​​a work-life balance was never an aspiration, much less a reality.

All of your life is an extension of you as a brand, a marketable concept that extends far beyond the quality of the work you put into the office, or what you write in the emails and on the page. Your Instagram photos should show you how to be fun and cultured enough to keep the interest, but not drunk enough to look like an idiot; your Twitter should show your connection to current affairs, but do not alienate people from a slightly different political persuasion, and show that your concise sayings have gathered enough followers to show that you are somebody.

Our e-mails accompany us at home and our social media footprint is with us 24 hours a day, 7 days a week, yet the millennium generation is struggling with basic tasks. The term "adultery" is common language – personally I find it disgusting, evoking a deliberate infantilization. It is also a particularly concern of the middle class; Safety nets are there for some and not others.

But the essay reached a strong point because the work filled all the corners of the millennial life, and there is hope for their own life outside of work, because social media has become another arm of the state of vigilance. Whatever job you apply for, your employer will look at your Twitter, Instagram, Facebook presence if you can, and anything they can rummage through on Google. Even if you are hired, you will be monitored out of work as well. As Malcolm Harris writes in his book Kids These Days: Human Capital and Millennials Production, young people have been prepared to be employable almost from birth – not just in the classroom, but in the playground, social clubs and even friendship. schools.

You can characterize it as a generational issue, when in fact it is capitalism. With every technology change, employers and large corporations quickly worked out how each new site, application or function could serve them. If that makes you depressed, they can also monetize this: Instagram, Facebook, and public transit are full of announcements for new applications that allow you to see a particular doctor, or schedule online therapy courses and virtual medical consultations if you are busy too much to consult your family doctor or do not get the job off.

Our governments are also helping them: with increasingly negligent rules on employment, and unions uncovering hostile laws passed to try to defraud workers' rights, it is more difficult than ever to fight back. If you receive too little and do not know when it will be paid, it will be very difficult to sign up for your monthly union membership fees. Our work is divided into smaller and smaller units, leaving us with little emotional connection to our work and no control over our professional lives. We pay more for rent than for living memory, and without the help of the family, we have no hope of having a home. My father died in debt; I strive to pay the bills and recently had to continue working for two days in the hospital after a life-threatening seizure. My family had at least one sick pay and permanent contracts, although I have apparently increased several social classes above them. For my generation, we are working harder than ever, for less and less.

What is the result? A generation that absolutely detests the status quo and can not see how the financial industry works by more than a handful. The solutions tend to focus on individual well-being: therapy through nutrition, diet, "sleep hygiene" and organization. The success of Jordan Peterson and Marie Kondo talks about this: self-help books are essentially promising, promising greater happiness by focusing on the inside than accepting that widespread unhappiness is due to a society that values ​​economic success and consumerism . You can fold your clothes any way you want, but it will not spark as much joy as knowing you have a pension and can pay your rent.

There is often a sense that our current political moment is temporary and unstable – that Brexit, Trump's election, Momentum's rise and Corbynism and the collapse of the British establishment's faith are fleeting and unexplained phenomena, rather than symptoms clear of an old order limping to an inevitable death. But the unhappiness and exhaustion of the millennium stimulate political agitation in all our lives. Any political agreement that seeks more security and less volatility has to promise a fairer life for all and job security, affordable housing and decent living standards for all; not just for a generation. Burnout is more than an individual malaise: it is a symptom of a crisis of capitalism that disrupts all order, and the answer is a collective, not an individual, change.

• Dawn Foster is a columnist for The Guardian