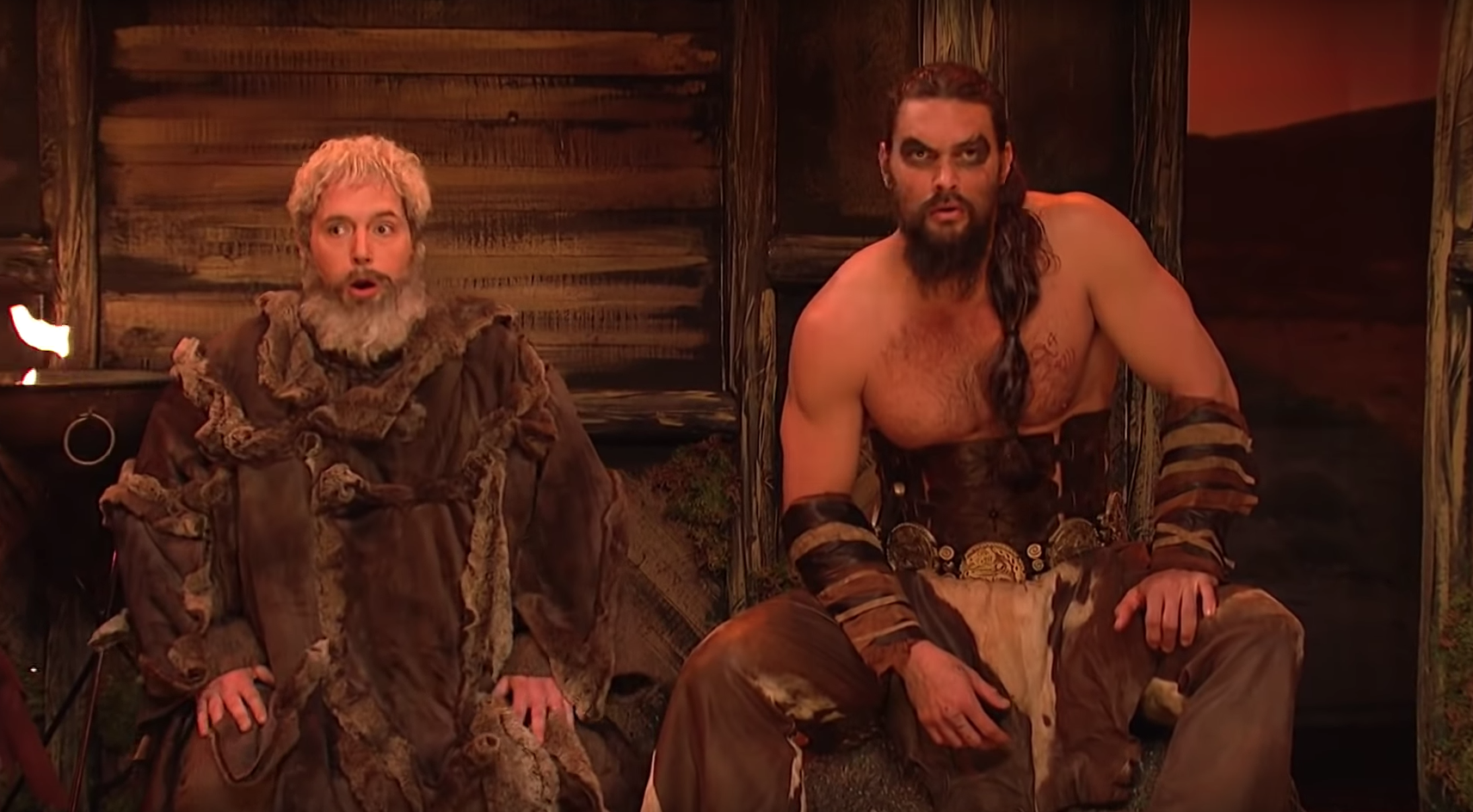 While Jason Momoa is staying Saturday night live to promote his new movie Aquaman, he ended up reprizing an earlier role, reviving beloved The Game of Thrones warrior Khal Drogo for a sketchy burst of inner jokes about the HBO series.

In the network cleverly titled Dothraki Public Access, Momoa Drogo participates in a posthumous talk show with bloodrider (Kenan Thompson) and others The Game of Thrones characters that were killed.

The first ghost guest in the drawing entitled "Phantom Dojo by Khal Drogo" is Hodor (Beck Bennett), who has a limited appearance that also combines with his vocabulary of two phrases: "Hodor" and "hold the door." Pete Davidson portrays the High Sparrow, who is just grateful to be in heaven.

"I'm so happy to have given up on sex for 50 years," says High Sparrow, before Drogo plays liquid gold on him and runs off the stage.

While she is not dead, Brienne of Tarth (Heidi Gardner) appears as Ghost Dojo's next guest, targeting comedian Kevin Hart after he stepped down as Oscar presenter after his old homophobic tweets resurfaced.

"If this man wants to fight, I'll give him what he wants," Drogo says, referring to Brienne, a woman.

"Man? Wow, you have a lot to learn about identity politics," Brienne replies.

Thompson then provides his own commentary on the scenario: "Wow, that teachable moment".

After displaying advertisements for the location of Red Wedding and "Little Beard Twisties", King Joffrey (Kate McKinnon) – known as "the worst, everyone is happy that he is dead" – appears.

The show quickly disintegrates in an episode of Jerry Springer as Thompson's bloodrider jokes, "What if I told you that the woman who poisoned you is here tonight?" Suddenly Oleanna Tyrell (Aidy Bryant) seems poised to fight with subtitles for Joffrey and Tyrell: "She poisoned me" and "I wish I could do it again.

The Game of Thrones will return to HBO for its eighth and final season in April.