Vitamin D deficiency warning: three-quarters of Britons do not have enough vitamin 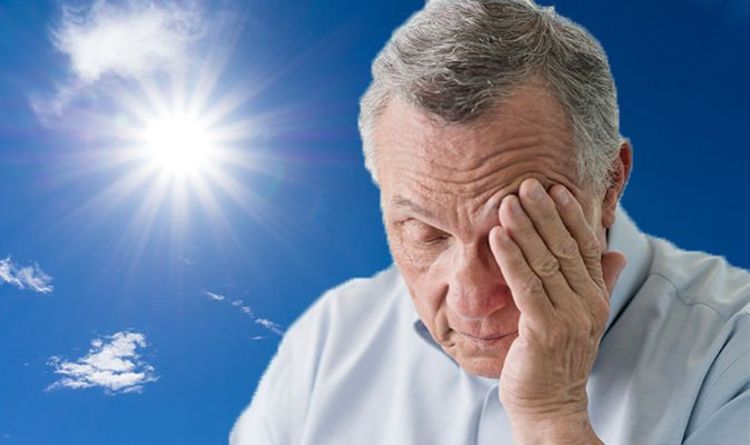 Data analyzed by digital health firm Forth With Life revealed that 74 percent of British adults aged 25 or older "hover in the lower room of the normal range of vitamin D or below."

The data also showed that 27 percent fell below the normal range.

By gender, 77% of women had inadequate levels of vitamin D versus 72% of men.

According to Forth With Life, the normal range for vitamin D is between 50 and 175 nmol / L. Levels above 75 nmol / L are recommended for optimal health.

The main source of vitamin D is sunlight, but although 2018 has seen one of the hottest summers ever recorded in the UK, the data suggest that people are still not getting enough.

"This year will fall as one of the sunniest summers ever recorded in the UK, but that may still not be enough for the population's vitamin D levels to be at their peak," Forth With Life said.

"Health professionals have stated that we need six hours of sunshine a month to produce enough vitamin D."

"However, increased cloud cover during the summer months and heavy rains have reduced the total number of hours of sunshine in the UK to four hours less per month since the mid-1990s."

People who get less sun exposure include those who hide their skin with clothes and those who spend little time outdoors.

Being overweight can also limit the amount of vitamin D ingested by the body because the fat cells tend to hold it, according to the health care company.

It is important to ensure that the body receives sufficient vitamin D, since vitamin deficiency can lead to health complications such as low muscle strength, depression, fatigue and, in severe cases, rickets or osteomalacia.

In addition to sunlight, it is possible to get vitamin D in some foods, such as fatty fish, beef liver, cheese and egg yolks.

Some foods, such as certain dairy products, orange juice, soy milk and cereals are also enriched with vitamin D.

During winter, when there is less sunlight, health authorities in the UK advise all adults to take a vitamin D supplement to get the required amount.

"The UK population needs to be aware of the importance of vitamin D and what its levels are," said Sarah Bolt, founder of Forth With Life.

"Nearly three-quarters of Forth's customers are in the bottom quartile (50 to 81.25 nmol / l) or below, with an average of 72 nmol / l. The data give a disturbing picture of the state of vitamin D levels in the UK population. "

"Knowing your vitamin D levels can give you a real clue as to how your body is working, particularly because deficiency can have as many side effects as depression, fatigue and, in severe cases, rickets."

"Getting insight and understanding of your body's key biomarkers, such as vitamin D, will help people make informed decisions about their lifestyle and protect their future health."