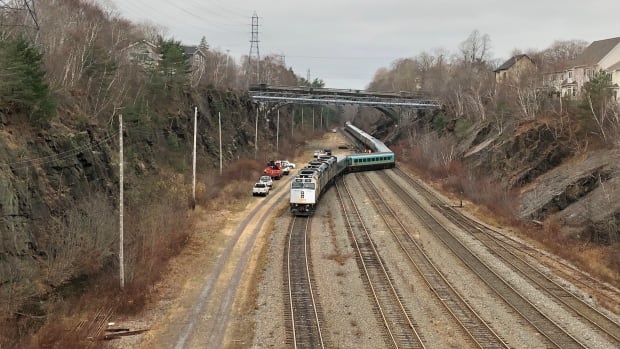 Three cars on a Via Rail passenger train pulled off the rails in Halifax early Sunday.

The cars derailed in the yard of the Via Rail maintenance center near Young Avenue.

Marie-Anna Murat, a spokeswoman for Via Rail Canada, said the incident was under investigation.

The train was scheduled to depart from Halifax to Montreal on Sunday at 1:00 p.m. But this trip was canceled.

"We are calling passengers to offer alternative transportation as well as a full refund or the possibility of changing their reservation to a later date," Murat said by e-mail.

No one was injured in the incident.

It's the second incident involving a Via train in the region this week. A 63-year-old Via employee was seriously injured on Friday in Truro after slipping under a train.