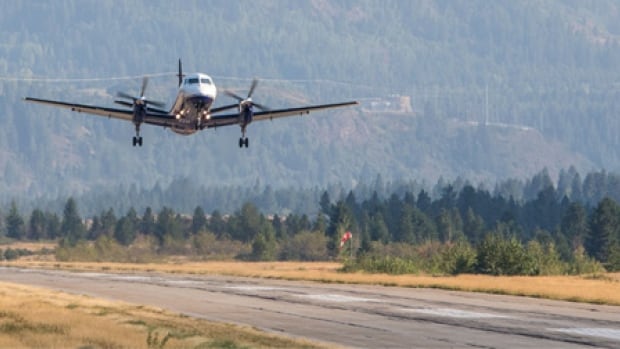 The Transportation Safety Board is investigating a link between a passenger plane and a vehicle at Trail Airport in southeastern British Columbia.

The board says in a written statement that the Beechcraft Beoccraft Pacific Coastal 1900C was arriving for a landing on December 12.

#TSBAir is conducting an investigation into the runway incursion of December 12, 2018 that occurred at the Trail Regional Airport in Trail, British Columbia https://t.co/fNoW3mkXFv

He says the plane was approaching lane 16 while a crew member in an airport vehicle was conducting an inspection on the same lane.

The board says a collision was prevented because the vehicle was able to enter the main courtyard of the asphalt shortly before the aircraft reached the intersection of the taxiway.

There were 19 passengers and two crew members aboard the aircraft, which was arriving from Vancouver.

No injuries were reported on the plane or on the ground.