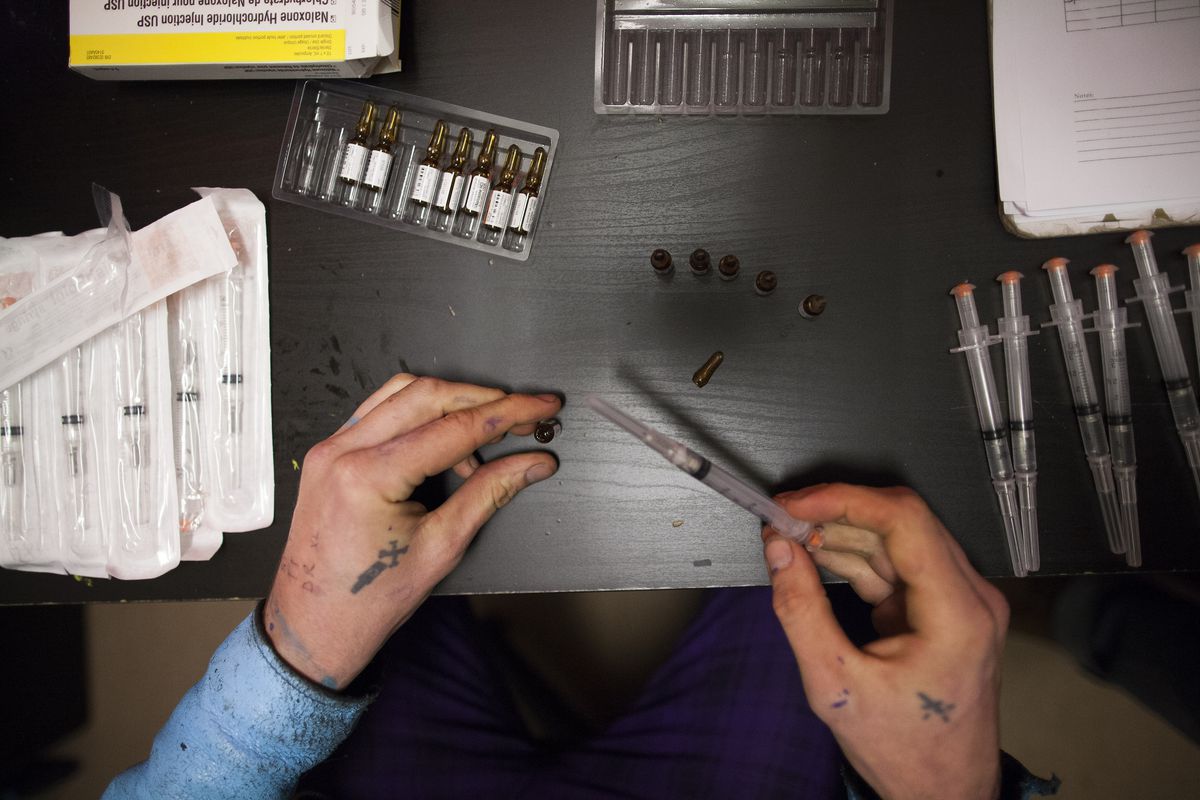 An emergency task force that has attacked Vancouver's epidemic of overdoses is calling for an expansion of harm reduction services across the city, including a second place for people to smoke under supervision and a mobile option to reach people outside the center- east.

The task force is also recommending an 18-month pilot project that would see overdose prevention sites in at least five private occupancy rooms (SROs), an expansion of those services into non-profit SROs, and a risk review overdose in both SRO's public and private restrooms.

Vancouver Mayor Kennedy Stewart, who established the task force in November, released his first report on Tuesday. He will go before a special council on Thursday.

"This crisis is now in its fifth year and shows no signs of slowing," Stewart said. "These recommendations will not stop the crisis but will help further stabilize the situation."

The recommendations are in direct response to data compiled by the BC Coroners Service, which collected detailed overdose information for years and released them monthly. A recent analysis of nearly 900 investigations of illicit drug overdose across the province revealed that 39% died from smoking a substance – only two percentage points behind the injection – but there is only one place in Vancouver for people to smoke under supervision.

And this year, 86 percent of all overdose deaths from illicit drugs occurred inside – in private homes, SROs and shelters, the data show. This signals the need to reach drug users who do not seek out the city's supervised sites.

Sarah Blyth, executive director of the Overdose Prevention Society, established Vancouver's first overdose prevention website in 2016 in response to bureaucracy that proved to be a barrier to opening drug-supervised drug use sites.

While their operation has moved indoors and similar locations have opened around the city, local statutes prevent people from smoking substances of any kind in these facilities. And then Mrs. Blyth oversees an outdoor setting – two gazebos together and connected with lighting – to people who smoke their drugs. Already registered more than 90,000 visits since April 2017.

"Overdoses with smoking happen immediately … people just fall down," Blyth said. "So, creating places where people can do all sorts of drugs is important."

Vancouver Coastal Health currently funds overdose prevention services in 27 nonprofit SROs. The report recommends funding another 10, which he said would require $ 1 million a year for the province.

Another recommendation is to prioritize securing a space for a pilot project led by BC's Center for Disease Control that would distribute hydromorphone opioid to people who are at high risk of overdose of illicit opiates. Providing a clean supply would be a direct and immediate response to the illicit supply of fentanyl that has devastated communities in North America.

Among a list of "actionable ideas" is the suggestion to provide quick and low-barrier access to all opioid agonist therapies, such as methadone, buprenorphine-naloxone (Suboxone), and hydromorphone, without the requirement for witnessed ingestion.

"The evidence tells us that investing in treatment will be how we protect people from dying, and that means getting people to therapy with opioid agonists," said Patricia Daly, chief health officer at Vancouver Coastal Health.

The task force is made up of 115 members. This includes the Vancouver Community Action Team – which involves the local health authority, police, fire and other overdose crisis-related organizations – as well as local First Nations, trade union leaders, researchers and advocates.

From January to September this year, at least 1,143 people died of overdose of illicit drugs in B.C.