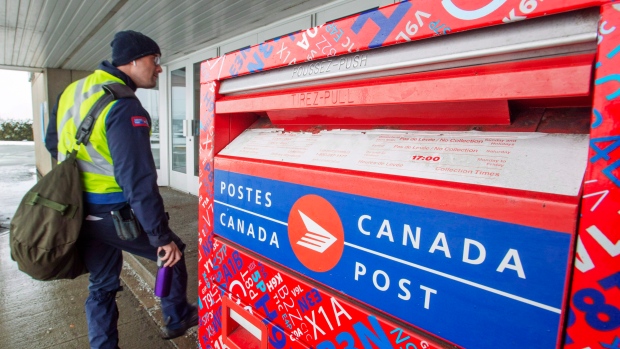 OTTAWA – The union representing the workers of the Canada Post is coming up with a constitutional challenge to the federal government's back-to-work legislation.

The Canadian Union of Postal Workers (CUPW) says they will meet the challenge in Ontario High Court.

"This law violates our right to free collective bargaining under the Charter of Rights and Freedoms," said Mike Palecek, CUPW's national president in a statement on Tuesday.

The union had said that "all options" were on the table after Labor Minister Patty Hajdu introduced, and passed the C-89 bill, forcing workers back to work at the end of November under collective bargaining.

Yesterday, Hajdu appointed a new arbitrator after Canada Post and CUPW failed to reach agreement on a suitable person to help the two sides negotiate new collective bargaining agreements. The new mediator has the ability to enforce an agreement through binding arbitration.

The constitutional lawyer representing the union said the Canada Post "created a false emergency" of a late package to force the government to intervene with the bill back to work.

"This legislation was promulgated under circumstances that did not justify interference with constitutional rights," attorney Paul Cavalluzzo said in the statement.

Bill C-89, the "Continuation and Post Office Service," conveyed an accelerated and dramatic timeline that included the Senate over a weekend; Hajdu found chants of "Shame! Shame!" the workers gathered and the NDP deputies organized a strike in solidarity with the workers.

The union claims that under the existing agreements, more postal workers will be injured at work, and rural and suburban postmen will continue to work unpaid overtime.

The last time the back-to-work legislation was used for Canada Post employees was by the then conservative government in 2011. It was also challenged in court and five years later considered unconstitutional.

Hajdu defended this new bill as taking a different, more "fair and balanced" approach, and said that it was not a step they took lightly.