Trudeau points to Ford over possible cuts in kindergarten, while campaign style rhetoric warms up 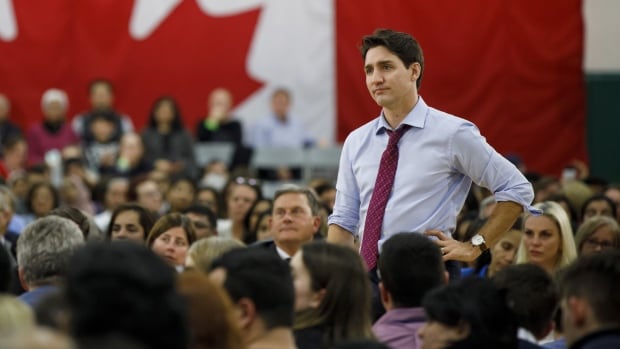 Justin Trudeau says he is not only concerned about possible cuts that Prime Minister Doug Ford could make to Ontario's education system as Canada's prime minister – he is also worried as a father with children in the province's schools.

Trudeau made the remarks during a large town hall meeting Thursday night at a high school in Milton, Ontario.

The PM said he was "deeply concerned" with comments made by Ford on Wednesday, refusing to rule out cuts in kindergarten and potentially increasing class size in the province.

Trudeau told the crowd that cuts in education will not help the economy grow or give Canadians a chance. But the cuts would also come on a personal level, he added.

"I am also a father who has three children in the Ontario public school system," he said, adding that the potential cuts "worry me like a father who now has his younger son in kindergarten all day."

Ford said Wednesday that it is not ensuring that a full-day kindergarten will continue beyond the next school year.

The program was introduced by former Prime Minister Liberal Dalton McGuinty and was fully implemented in 2014. It saves thousands of dollars a year for families but costs the province $ 1.5 billion a year at a time when government is struggling with what it says is a $ 14.5 billion deficit.

The Ford administration is conducting educational consultations, including on the possibility of removing class size caps for the kindergarten and primary grades.

Trudeau urged people to send a message to the Ford administration.

"I hope the Ontarians … make it very clear that it would be a very bad political choice to cut chances for
students and to cut education budgets, "he said.

Trudeau took questions from a crowd in the school gymnasium, while others watched from an excess room nearby.

Trudeau's office said that approximately 1,300 people attended the 90-minute event, which was the latest in a series of
question-and-answer sessions held throughout the country.

The prime minister has had consultations on various issues, including his environmental policy, immigration and political turmoil in Venezuela.

Trudeau has been asked twice about what the federal government is doing to protect jobs for automotive workers in Oshawa after General Motors announced it was closing its assembly plant later this year.

Trudeau said the news came as "shock and disappointment," and the federal government will continue to fight for jobs.

"We are also working with unions and other potential investors and assemblers to analyze the future of the plant in question," he said. 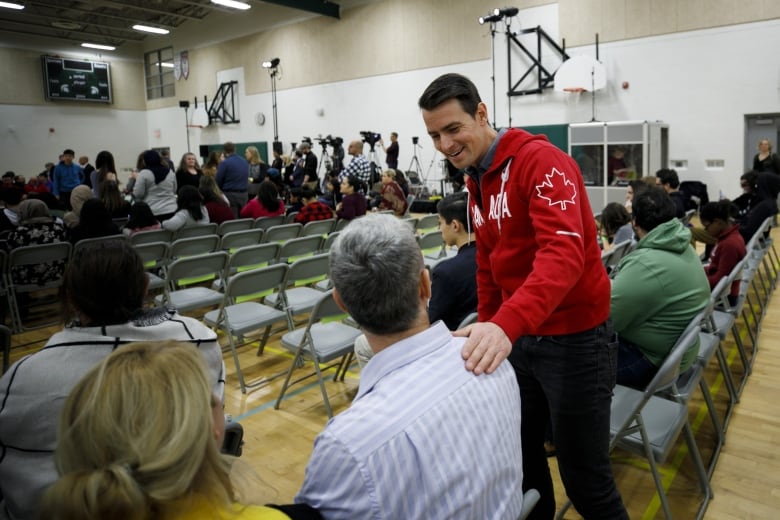 The pair surprised passengers at a transit station in the suburbs west of Toronto, posing for photos and talking to people as they got off the train.