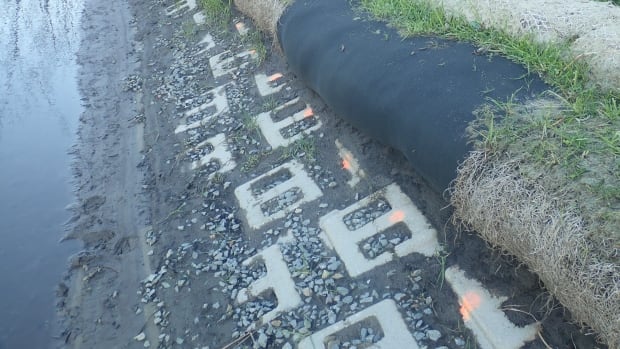 Work at a Trans Mountain pipeline crossing in a British Columbia stream has destroyed salmon habitat, raising concerns over the Crown corporation's ability to build infrastructure via waterways if the expansion project continues, according to a scientist.

Mike Pearson says the "amateur hour" work at the Stewart Creek intersection in Chilliwack will reduce the sources of food for coho and chum salmon and will limit their ability to hide from predators. The fish are part of the diet of killer whales resident in the South at risk of extinction.

"There was no consideration for habitat, which is not acceptable," said Pearson, a biologist with 30 years of experience, in an interview.

Trans Mountain Corp has filed papers with the National Energy Council showing its plans to cover exposed pipes in the Fraser Valley creek. He wrote that he would place concrete carpets in the canal, extending about eight meters up and nine meters down the exposed line, and would cover with small stones.

Pearson said the work was completed in August to September last year. He visited the site in December and took photos that he says most of the stones were swept by the chains, leaving the concrete blocks exposed.

"The work has degraded the habitat in several ways," he wrote in an assessment filed on energy panel by interventor Yarrow Ecovillage. 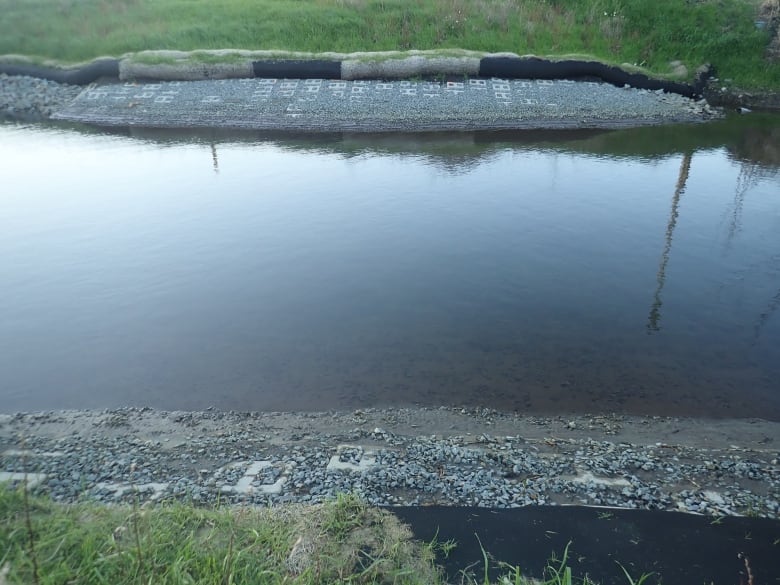 The transportation pipeline crossing of Stewart Creek in Chilliwack, B.C., on December 12, 2018 in this photo of the communiqué. (Mike Pearson / The Canadian Press / HO)

Pearson believes it is not an isolated incident. An assessment he made of a pipeline crossing Sumas Mountain in 2015 for the Pipe Up Network, an anti-Dodaline group, concluded that the site was physically unstable and rebuilt with unsuitable materials to restore the habitat.

One ranger also raised concerns about the excavation at the Trans Mountain terminal in Burnaby. John Preissl filed several complaints with the energy board claiming that the work caused the sediments to fall into two streams of salmon.

Federal and provincial authorities inspected the terminal in April and found improperly installed sediment and erosion control measures. A report from the energy committee concluded that Trans Mountain corrected the problems by the end of November.

Trans Mountain said in a statement that the BC Oil and Gas Commission approved its work in Stewart Creek and found no problems in inspections during and after construction.

The company said an outsourced engineer designed the plan to protect the exposed line and conducted a study to ensure that it would not impede the passage of fish. Environmental plans were created and the work was monitored full time by a qualified environmental professional.

As for Pearson's criticism of the crossing of Sumas Mountain in 2015, Trans Mountain said that an independent environmental consultant had completed an assessment and drafted a management plan. The work was monitored by an environmentalist and the oil and gas commission found no problems.

He also said that "extensive" sediment control measures and mitigation efforts are in place at his Burnaby terminal. 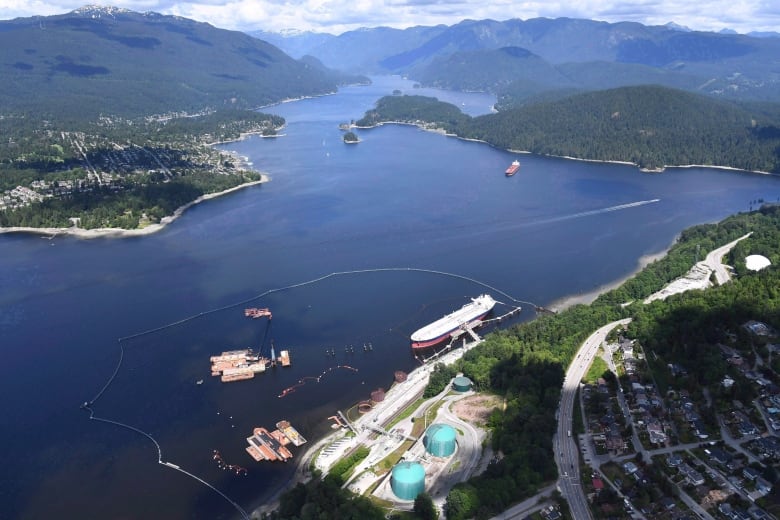 An aerial view of Kinder Morgan's Trans Mountain marine terminal in Burnaby, BC, is shown on Tuesday, May 29, 2018. John Preissl, owner of a stream, made several complaints to the National Energy Council that work Trans Mountain excavation caused the sediment to fall into two salmon streams. (Jonathan Hayward / The Canadian Press)

The corporation added that field crews investigated all possible watercourse crossings for their expansion project, even before they were applied to the power board for approval.

"The information obtained from this fieldwork allows us to avoid or minimize the impact on fish and fish habitats during the construction of the pipeline," he said, adding that environmental inspectors will monitor construction.

The expansion would triple the capacity of the existing line going from the Edmonton-Burnaby area. The energy council completed its first review in 2016 and recommended that the government approve the project with 157 conditions.

In its report, the council wrote that watercourse plans would "effectively reduce the extent of effects on fish and fish habitat."

Ten conditions pertain to fish, including that the company must file data on the presence of fish and fish habitat on the board before commencing the construction of crossings of watercourses. 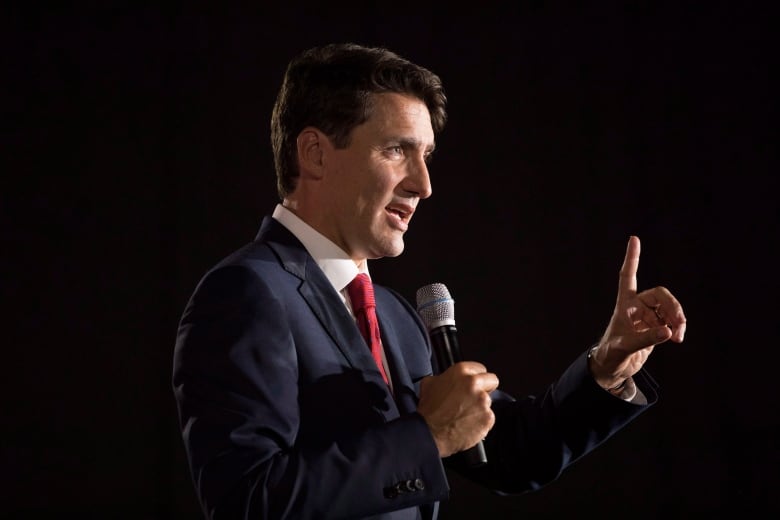 Most of the conditions are "a plan to make a plan," argued Eugene Kung, a lawyer for the West Coast Environmental Law.

"They have no measurable real effect on the outcome."

The Federal Court of Appeals overturned the project's approval in August, in part because of the board's failure to consider impacts on shipping. The government ordered the council to conduct a further review by looking at this issue and producing a report by February 22.

Scientists and environmentalists say the new review, which is limited to 12 nautical miles off the Boston coast, is neglecting the streams and rivers that support salmon.

Council spokesman James Stevenson said he would consider all the relevant evidence in the registry to assess project-related shipping impacts, including but not limited to impacts on killer whales resident in the south.

"Some parties have provided evidence of prey (southern residents), including salmon," he said.

The council rejected Pearson's evidence because Ecoville Yarrow registered nine days after the December deadline, but the board noted that the evidence "may have some relevance for salmon, which is a food source for residents of south".

Chinook salmon comprise about 80 percent of the diet of orcas living in the south of the country in the summer, but plums and trout make up about 14 to 18 percent, and little is known about their winter diet, Pearson said in his report. .

Paul Spong, founder of Orca Lab research station on Vancouver Island, said chum is the second choice of whale after chinook, adding that hunger is the biggest threat to its survival.

"Anything that interferes with salmon using river systems is harmful to killer whales."