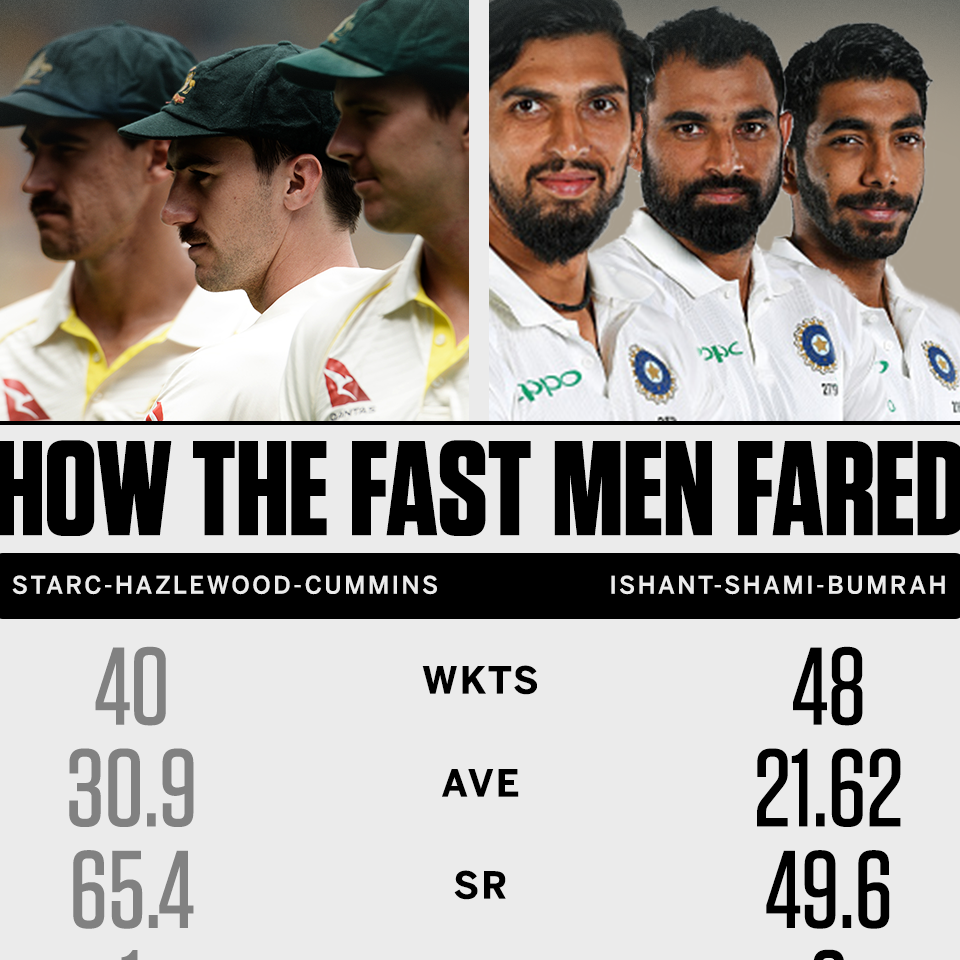 79- The highest score of an Australian batsman in the series, which was Marcus Harris in the final test. It is Australia's lowest lowest score in any series of two or more tests in the last 100 years. His scouts marked eight-half century, but no one managed to reach the three-digit mark. On the other hand, the scouts of India marked five centuries, while Cheteshwar Pujara made three of them.

Average batting in the Border-Gavaskar Trophy 2018-19

27.02- Average of six Australian scouts in this series, which is their third worst in a home series of two or more games in the last 100 years. The top six in India averaged 37.51 in comparison.

167- The races scored by Australia's No.3 batsman Usman Khawaja in the series, averaging 27.83 with a fifty. No.3 in India – Pujara – made 521 races in an average of 74.42 and was the player of the series. Pujara faced 1258 deliveries, which is more than twice as many as 509 Khawaja balls. Pujara faced more balls than Australia's two best run-getters together.

30.90 Average combined bowling from Australia's three rappers – Pat Cummins, Mitchell Starc and Josh Hazlewood – in this series. In comparison, India's trio pace of Jasprit Bumrah, Ishant Sharma and Mohammed Shami averaged only 21.62. Starc Average of 34.53 this series is yours third worst in any home series while Hazlewood's 30.61 is his second worst in a home series.

24,75- Average of India's fast bowlers against the seven batters with the old ball, which is 41 to 80. The Indian wicked got 20 wickets with the old ball. By comparison, the fast players from Australia managed only eight wickets, with an average of 68.88. However, the Australians had better numbers with the new ball, from 1 to 20, compared to India.

8,79- Difference between Indian bowling and bowling averages in this series, his fifth best in any series played in Australia, South Africa, England or New Zealand. India averaged 34.69 with the bat and 25.90 with the ball.