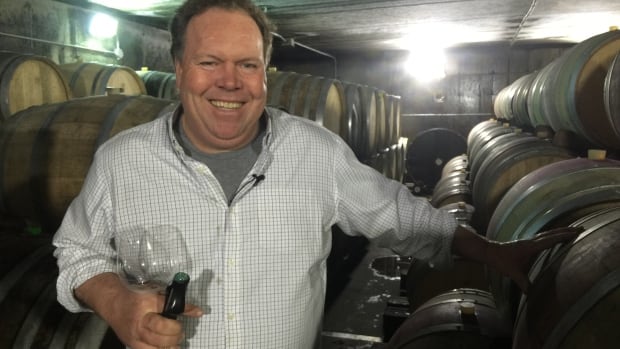 If you are picking up a bottle on the LCBO for the holiday season, you may notice that the Norman Hardie wines are back on the shelves.

Last June, the LCBO decided to stop stocking wines with the well-known name of the Prince Edward County winemaker after the Globe and Mail reported allegations of sexual misconduct against him.

"We can make further determinations as more information becomes available," the Ontario beverage retailer said in a statement at the time.

In Quebec, SAQ also withdrew products from the winery and many restaurants followed suit.

Now, less than six months later, the LCBO decided to put the Norman Hardie wines back on their shelves.

In a statement, the LCBO said it "will start replenishing stocks in the coming weeks and will leave the choices to buy Norman Hardie products in the hands of customers."

Richard Johnston, owner of By Chadsey's Cairns Winery and Vineyard, just minutes from the Norman Hardie winery in Prince Edward County, told CBC Radio's Ontario Morning that he was "a bit stunned" by the decision of the LCBO.

"The thing that I find strange is why the LCBO is taking the lead in this, to end the boycott. It's a public institution, and it's a very interesting statement that they should decide it's time to let this go for consumers to decide on the store's own shelf, "Johnston said.

"There is a lack of transparency here, which is quite disturbing, more than the decision itself in some respects." "Who is taking this decision? [in Prince Edward County] was certainly contacted about it. It's all very strange, "he said.

"I find it strange that a public institution is taking the lead, and private owners are still feeling very sensitive to that."

The LCBO declined an interview with Ontario Morning.