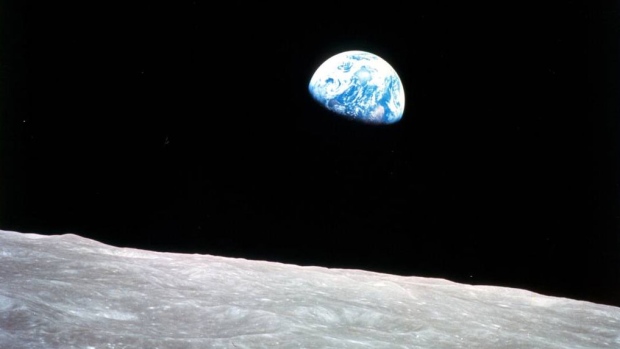 One of the most iconic photos on planet Earth is marking its 50th anniversary.

On December 24, 1968, the crew of William Anders, Jim Lovell and Frank Borman aboard the Apollo 8 spacecraft became the first human to orbit the Moon and take the first photos of Earth from the perspective of another celestial body.

The most famous of the images of the mission, known as "Earthrise", shows the passage of the Earth's sun over Africa, while the North and South Americas are covered with clouds. The rocky surface of the moon is shown at the bottom of the image.

"We were busy taking pictures of the lunar surface for lunar landing sites on the next lunar landings, and suddenly I looked out the window and there was a beautiful orb coming," Anders, who did the photo, said in a NASA video.

That same day, the astronauts read excerpts from the Book of Genesis and wished everyone to come home for a Merry Christmas during a special television broadcast. Over 25% of people on Earth tuned in to watch the performance.

In 2003, Life Magazine released a book called "100 Photos That Changed the World," where the photo "Earthrise" was described as "the most influential environmental photo ever made."

Join the administrator @JimBridenstine as he remembers the bravery and dedication of the Apollo 8 crew, where three astronauts embarked on a journey that would take them "around the moon and back" 50 years ago. Watch: https://t.co/88j84mu4Vm pic.twitter.com/z6qWENVTai

"The vast solitude here on the Moon is inspiring and makes you realize exactly what you have on Earth. The Earth here is a great oasis for the great vastness of space "- Jim Lovell

The iconic "Earthrise" was held 50 years ago today: https://t.co/RAw7RnPjUm pic.twitter.com/CxWhF6YDV6

50 years ago, 1968 ended with an unprecedented achievement: to put human beings in orbit around the Earth's Moon. Snuggle up and join us to reminisce about the events of fifty years ago that have paved the way for those first footprints on the Moon. Watch: https://t.co/GdFdmClOxd pic.twitter.com/8uMagt247V