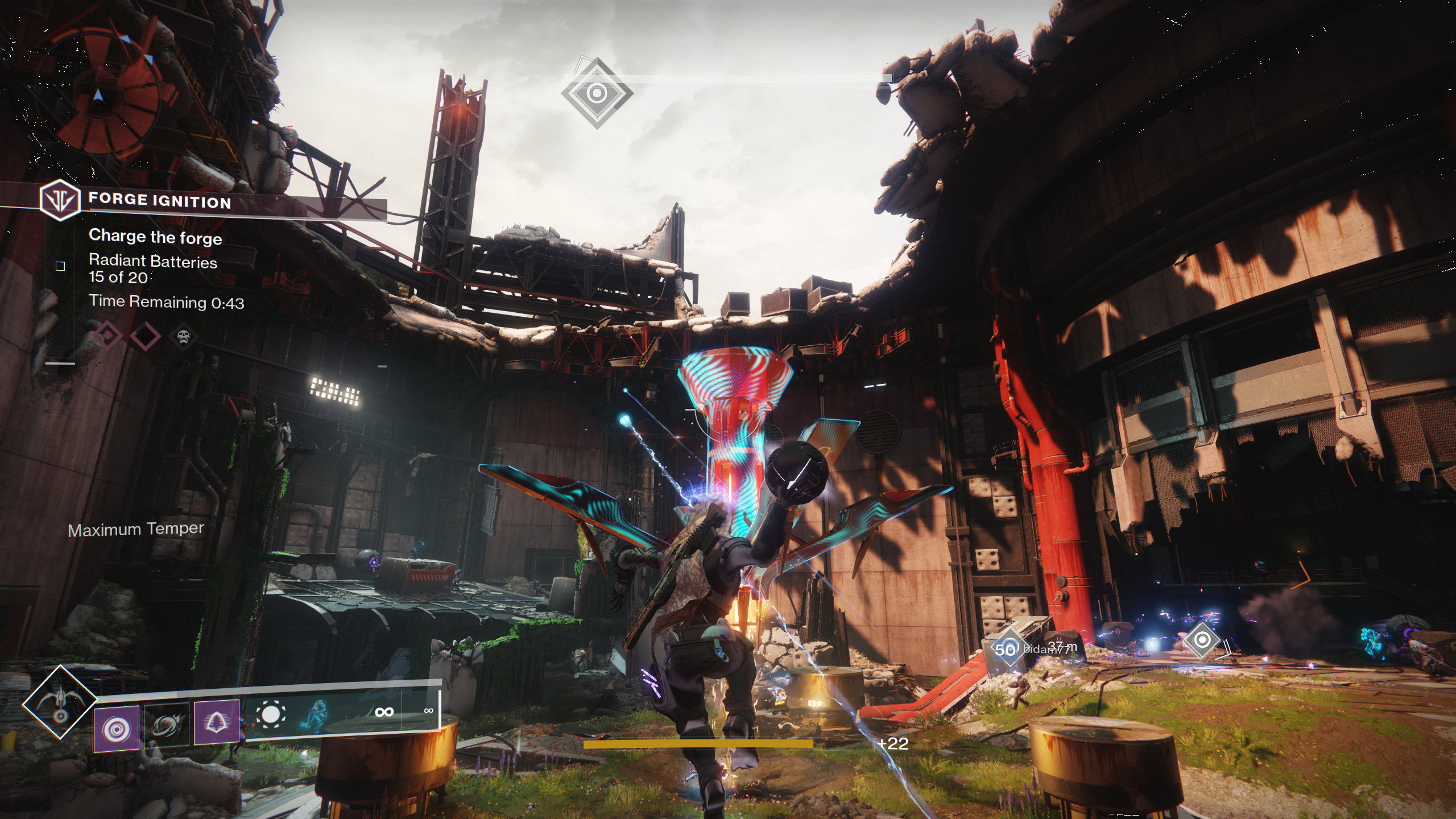 After what was supposed to be an exciting community challenge to solve a puzzle and unlock a new part of Destiny 2 became a frustrating task, Bungie gave in and unlocked it last night. All players with the Forsaken expansion of the MMO-y FPS and their season pass can now make weapons at Bergusia Forge, which also brings up quests for new toys. The puzzle of the Niobe Labs remains unsolved after almost two days, which is much longer than the challenge gates of Destiny 2 tend to be locked – and probably longer than Bungie expected. With the hardcore puzzles and regular players getting frustrated, the developers opened themselves.

"While joining as a community to solve puzzles can be fun, setting this puzzle as a portal between you and the new content you want to play back was not an ideal experience," Bungie told The Associated Press. "So we'll be uncoupling the puzzle from the Black Armory's final offer."

Now you can visit Bergusia Forge by entering the EDZ, riding your spaceship over the river to the Sojourner's Camp in the southwest, following a hole in the cliff, then approaching the large closed door of the safe. It does not bring new frames of weapons to forge, but it can handle pictures of any other Forge. Like the others, it is a small wave survival mode in which we kill special enemies by batteries to attack the forge and carry it. Bergusia is a fun fight with an enemy mix that can be killer at one point and then explode into one satisfying chain in the next. I was happy to see the boss again as well.

On the bright front … we can now complete an exotic mission that rewards Izanagi's Burden, a sniper rifle capable of charging a shot with the entire magazine. The Jötunn exotic fusion rifle is now available as a random drop of forges, although it is more like a ridiculous homing rocket launcher than a fusion rifle. Ada-1 now sells consumables that will grant a piece of Black Armor armor when you forge one of your weapons. After completing a mission, she will also sell an embellishment that can be used on Black Armory weapons (not taking mod slots) to increase damage in forges.

Niobe Labs and Forge are the climax of this year's first paid content season, which launched dribbling and tying activities rather than launching major expansions earlier. It houses a complex puzzle that, when any team solved it, was to unlock the final Forge for all players. The puzzle involves ciphers, French literature, symbols visible only through certain weapons, teamwork, and lots of grinding and divination. It has so many components and no checkpoint between the stages, see.

The solvers spent 12 hours paralyzed at level 6 of the unlocking sequence, a point where they needed 15 minutes fighting hard enemies and throwing symbols on the walls just for one or two attempts to solve it before a timer killed them and they resumed from scratch. When people finally reached level 7, it proved to be so disconcerting – and, of course, had even greater difficulty to achieve.

If the puzzles did not uncover the puzzle of Niobe Labs to open its Black Armory Forge within two hours, Bungie said yesterday that they would open and open anyway. By 10 o'clock (2 o'clock Pacific time) rolled around, 29 hours after the beginning of the puzzle, the solvers were still perplexed at level 7 of the sequence and so we were all welcome. 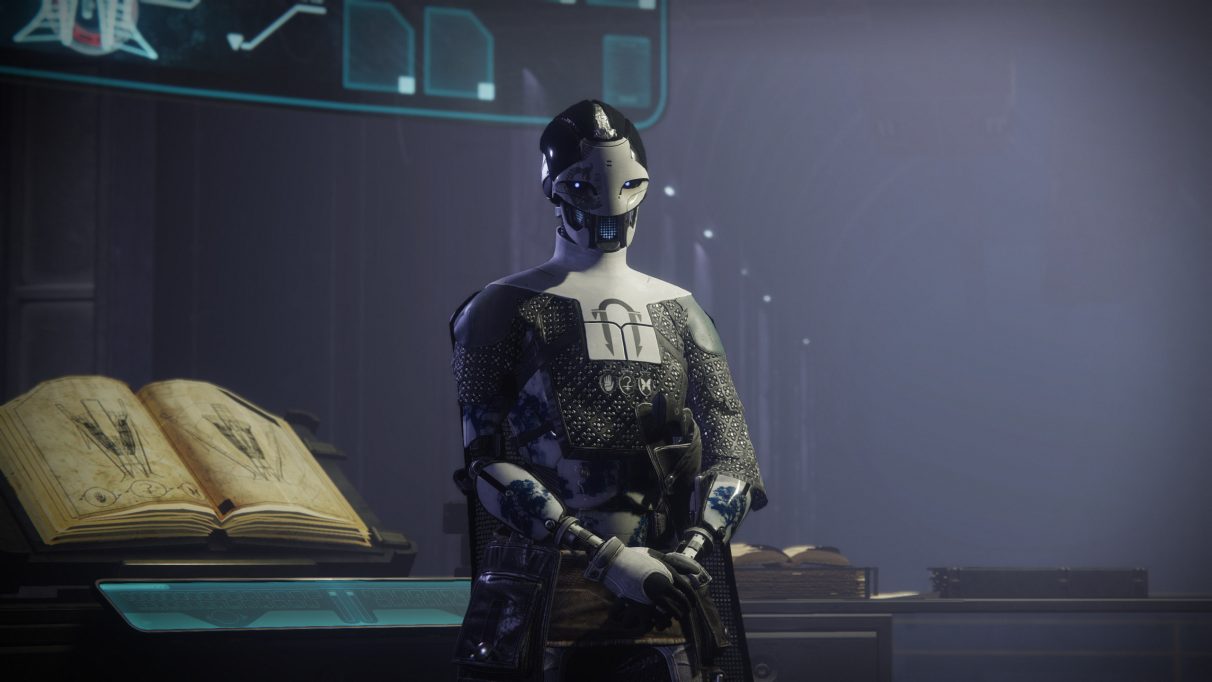 I do not doubt that Bungie expected the players to solve the puzzle hours after it was released on Tuesday. Destiny's puzzle solvers are usually quick and blocked content is usually unlocked for everyone quickly. They probably thought this would be a little fun and exciting, would spark some interest in watching the game on Twitch, then let everyone in. This did not happened.

His decision was probably also motivated by more timers and grind. Forge opens a new quest for exotic weapons with multiple steps that involve time-consuming grinding and more time gates. After grinding certain items and challenges, we need to complete one of those rare Black Armor rewards that many players can spend weeks without seeing. A later stage involves the completion of a dungeon available only every three weeks, and that week is one of those weeks. With the enigmatic stagnation, random luck and more hopes to follow, it seemed likely that many players would face a long wait for the dungeon to open again. Heck, many players still face this. 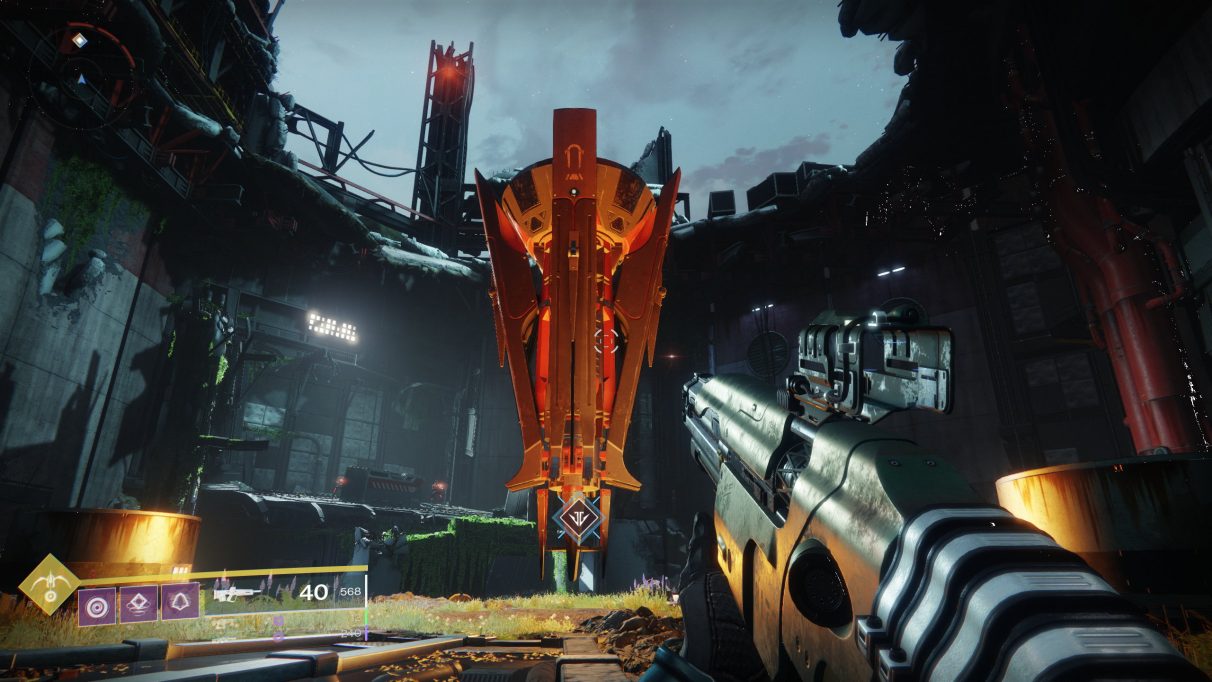 I like the idea of ​​community challenges to unlock new areas and content. I do not like how this did it. The puzzle seems obtuse, and having to go through the same stages several times to try another solution has gotten me out of control. It's a conundrum for mega-serious gamers who do not care about that, and probably target the few Twitch streamers known for it. I could not seriously contribute, just wait.

I'm sure the puzzle will be much simpler than many of the approaches currently being tested. When all is revealed, we can probably follow Bungie's logic. But there are so many possibilities and the clues do not diminish enough, so it has become a mess of trial and error. And grind. Not a good puzzle, lack of checkpoints makes it tedious, and it's bad to make everyone wait in jigsaw puzzles that are burning (Twitch "xGladd" was live for more than a day). Community challenges can be well done; this was not it.

"We love trying new things with Destiny, but we're also flexible enough to change when you point to improvements," Bungie said. "We will continue to monitor the conversation about this event and learn from your feedback as we create future content releases."

Players can still make the puzzle if they want, which will reward a special Ghost shell and emblem.

Destination 2: The Renegade Annual Pass continues to cause bad initial impressions, which is a shame, because so far I'm happy enough with it. I'm excited for what's happening next season with the Drifter, the scamp.

Although, indeed, we should have seen the great hole in the roof of Niobe that would allow us to pass through that door and fall straight into the Forge. I blame my ghost for not paying attention.