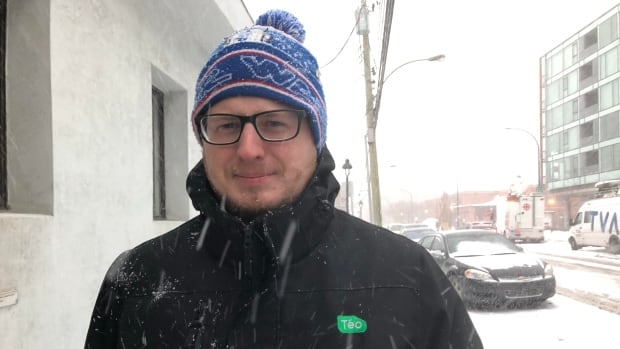 Téo Taxi, a Montreal-based electric taxi company, is shutting down – leaving about 450 drivers out of work, according to the employees' union.

The truckers' union says the drivers received a letter stating that the company was shutting down on Tuesday and all were dismissed.

"Although Téo Taxi's difficult situation had been public for some time, the announcement took several employees by surprise as they believed the company still had a chance to be saved," said union spokesman Stéphane Lacroix, in a statement.

The letter specifies that employees will be paid for the hours they worked but does not mention compensation packages, Lacroix said, and this is something the union will be following – using "legal means to enforce the law."

Taxelco, the parent company of Téo Taxi, will hold a press conference this morning. 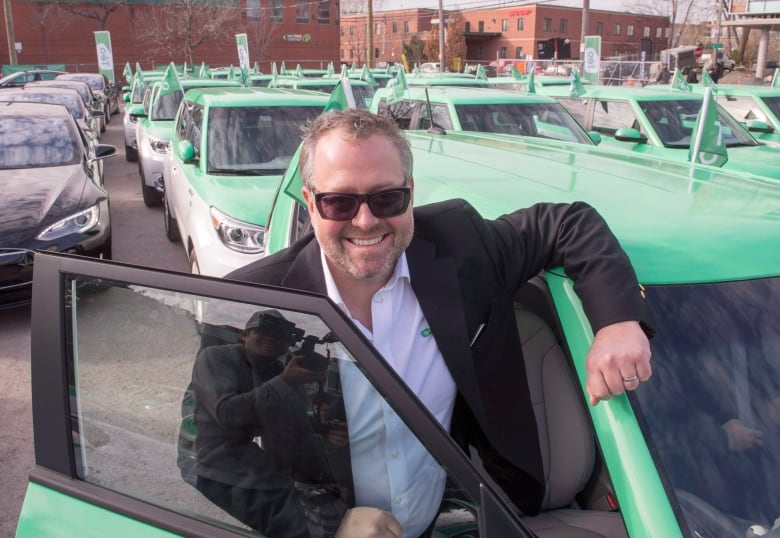 Alexandre Taillefer poses for photos with his new fleet of electric taxis at the launch of Téo Taxi in November 2015. (Ryan Remiorz / Canadian Press)

The majority shareholder of Taxelco is the XPND Croissance Fund, which is part of XPND Capital, where businessman Alexandre Taillefer is the founder and managing partner.

Taillefer founded Téo Taxi, an application-based service in 2015 and purchased two of the top traditional taxi companies operating in Montreal as well.

Drivers suddenly out of work

Téo Taxi driver Hans Péladeau-Bisseger said he arrived at work this morning at 3:30 in the morning and was informed that he was out of work.

Despite rumors that the company was in financial trouble, management had been saying that everything was fine, he said.

"I kept my guard. For me, it's not a big surprise, although it's frustrating."

From what he has heard since then, all the cars were called back to the station around 3:15 in the morning, he said.

Management did not say much to anyone, explained Péladeau-Bisseger. He was informed that more information would come.

About two hours after arriving at work, he received the letter saying that the company was closing.

He said that drivers "had no information" about money problems, so when his Class 4C driver's license, needed for taxi drivers, was ready to be renewed last week, he paid the annual fees.

Taxelco received $ 9.5 million in grants from various government departments and the Liberal government has authorized a loan of $ 4 million.

The Caisse de dépôt et placement du Québec and Fonds de solidarité FTQ are two large shareholders of Taxelco and, together with Fondaction CSN and the XPND Capital fund, have injected $ 17 million into the company a year ago as part of a new round financing. .

This money was used for the purchase of new vehicles and the hiring of personnel.