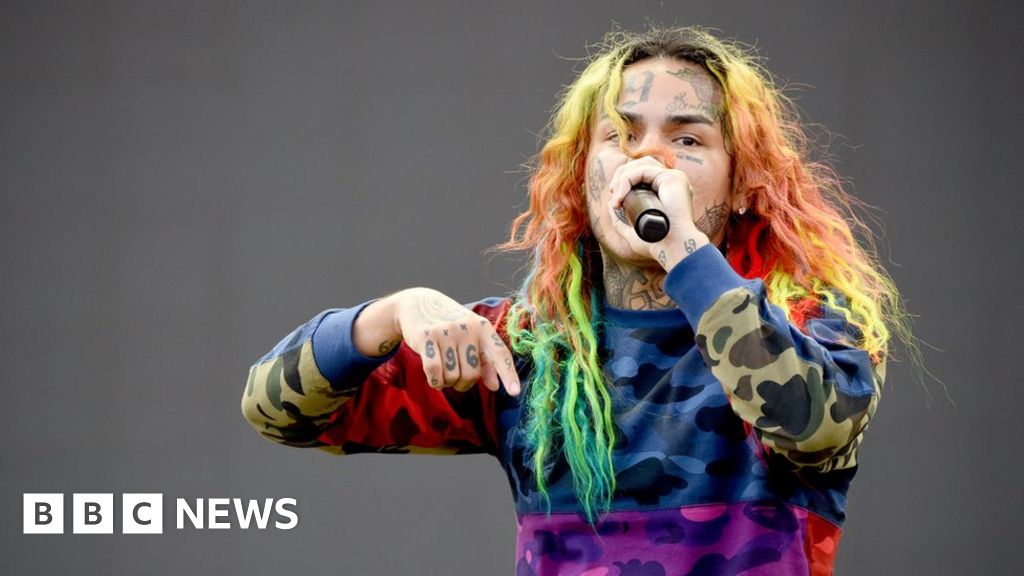 Tekashi 6ix9ine has appeared in court and pleaded not guilty to racketeering and firearms charges.

The rapper was arrested earlier this month and could face a minimum of 32 years in prison.

The trial date has been set for 4 September 2019 and he will remain in custody, although it is unclear for how long.

It all stems from his involvement with a violent US gang.

The Nine Trey Bloods are a New York gang and also known as TreyWay, which 6ix9ine has mentioned on Twitter.

The rapper has been charged with six offenses which include racketeering, carrying a firearm, assault with a dangerous weapon, and conspiracy murder charges.

Racketeering is when people use criminal actions to repeatedly take money from others, and most likely associated with protection rackets.

The Brooklyn rapper has evaded jail time on previous charges, including child sex offenses in 2015, but experts believe the racketeering charges could mean the lengthy jail spell for the star.

"In the history of the US, the one thing that seems to get someone locked up is racketeering, money-laundering or tax evasion," UK hip hop and culture writer, Jesse Bernard previously told Radio 1 Newsbeat.

Adding: "This could be what takes him to prison."

Despite being behind bars, 6ix9ine has still been making headlines.

Right before Thanksgiving he was reportedly transferred to a new prison for "security reasons".

His attorney Lance Lazzaro said it was because he was getting threats from other gang members in the Metropolitan Detention Center.

And his debut album, which features both Kanye West and Nicki Minaj was due on Friday, has been postponed.