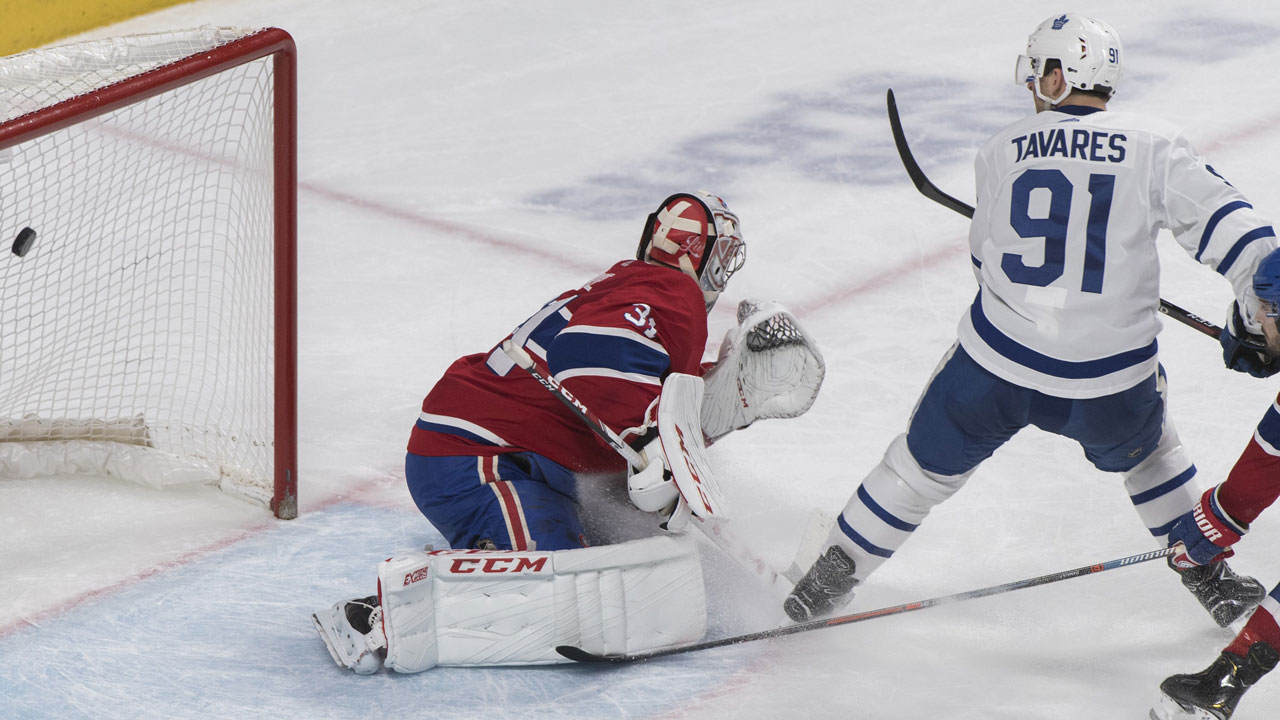 MONTREAL – John Tavares scored in overtime to give the Toronto Maple Leafs a 4-3 win over Montreal Canadiens on Saturday night in a run for second place in the Atlantic division.

Andrew Shaw, Tomas Tatar and Brendan Gallagher scored for the Canadiens (31-18-7), who had their three-game winning streak. Carey Price, with her first loss since January 10, made 28 saves.

With victory, Toronto remains second in the Atlantic with 71 points. Montreal is the third with 69 points.

Tavares scored the winning goal from 2 to 17 in extra time with a glove backhand at Price after Maple Leafs successfully killed a Canadiens power game to start the extra frame.

It was the first meeting between Toronto and Montreal since the season opener, which the Leafs won 3-2 in overtime.

The teams combined three goals at 4:42 to start the game, as the newest chapter in one of hockey's biggest rivals lived up to expectations.

Shaw returned to the team after missing 15 games with a neck injury and wasted no time on the scoreboard. Shaw scored his 12th place of the season in the 51st minute of the first half when he knocked the ball past Jeff Petry past Andersen.

Montreal managed to contain some of Toronto's most explosive attacks as Tavares and Austin Matthews in the first period, as it was the Leafs' fourth line that made the difference.

Zach Hyman stole Shea Weber's record behind the net before finding Johnsson with a perfect cross-crease cross pass at 2:20 of the first. Johnsson has now scored in three straight games.

Zaitsev gave Toronto a 2-1 lead at 4:42 with a pulse point shot in a pass along Par Lindholm's boards. Price was selected by Frederik Gauthier and has never seen the record.

Montreal scored the tie at 1:13 in the second period when Tatar surprised Andersen with a seemingly inoffensive and buoyant kick after taking the puck from the bottom of his own area.

With Matthews in the penalty area, Gallagher gave the Canadiens a 3-2 lead after being left alone in front of the goal.

Nylander answered back 71 seconds later with a face-off point pulse shot while wearing Weber as a screen.