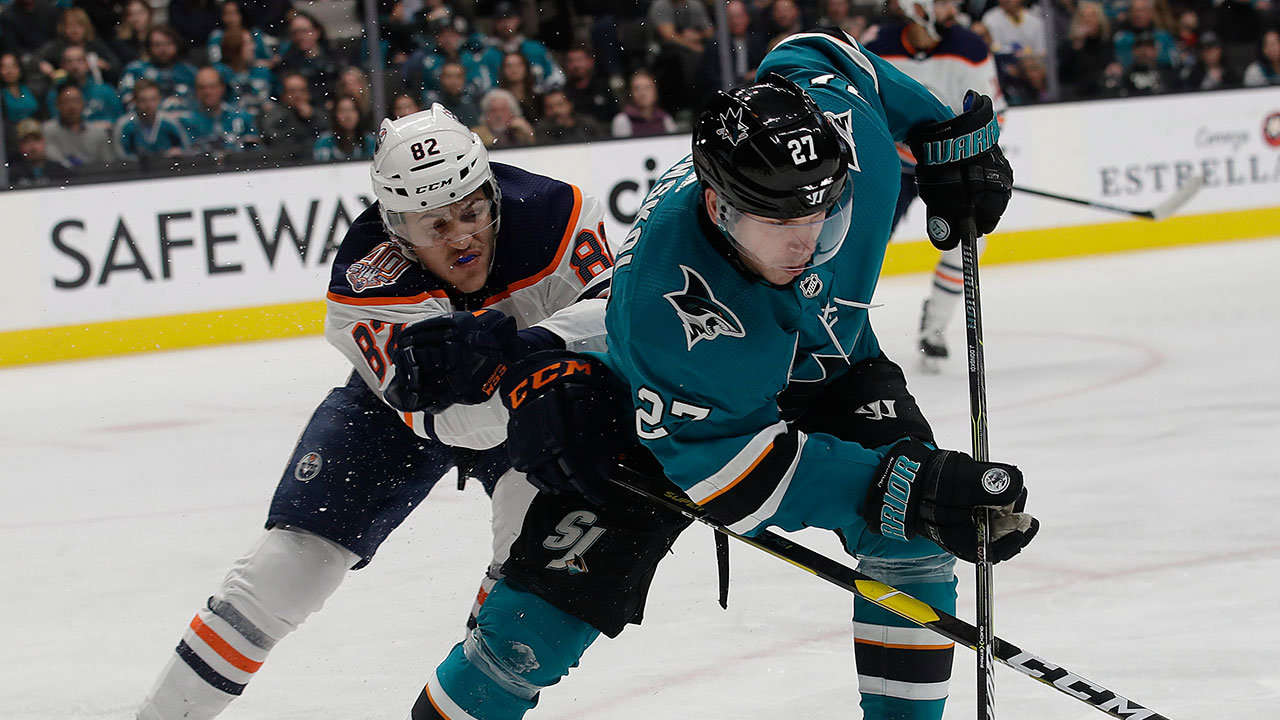 Sometimes it's one or two of those things that cost the Edmonton Oilers two points. In others, like Tuesday in San Jose, it's all enchilada.

A team of 500 competitions covered a round trip of .500 with a not so competitive loss in the Shark Tank, dropping 14 points behind third-placed San Jose in the Pacific. It's safe to say that Edmonton will be, at best, a wild card team, with the second wild card point still within range of the Oilers.

How did they manage to lose a game like this in San Jose – the second consecutive game against the Oilers, where San Jose put seven goals – just two days after closing the Anaheim Ducks? Well, let's talk about it.

Earn one, miss one

It's amazing how the same group of players can maintain that look of Jekyll and Hyde, flying one night, and then it looks like they'd rather be anywhere but on the hockey rink.

For us, it's a sign of two things: one, the team says how McDavid is going. Very rarely does the third and fourth line dictate the pace, or score enough to give McDavid a night off and still win.

And second, goalkeeper. Cam Talbot had no chance behind this kind of effort, but he was not good enough and was pulled. Only when it seemed that he found his game, Talbot gave four goals in 17 shots. In the end, he was not the worst oiler, but he was far from being the best.

Edmonton is conceding a lot of goals, as Sharks' seven-talent outburst puts the Oilers in third place in the NHL in conceded goals (138). They are fighting down as the sharks possessed the foul area in front of the Edmonton goal all night from Tuesday.

Newly traded defender Alex Petrovic left the game with an injury in the second period, while the other newly hired D-man, Brandon Manning, was not in the running for the second straight game. And it was a tough night for young Caleb Jones, who was under 3 and had his first real night in the NHL.

Four years into his tenure as GM, Peter Chiarelli improved his blue line, maybe not a shred. It was a weak spot when he arrived, and still not deep enough to deal with one or two injuries.

After scoring just two goals in 2018, and only two in 86 games overall, Milan Lucic buried a Nugent-Hopkins feed for his second season. He had not scored since the opening of the Oilers season in Sweden, and the relief on Lucic's face was obvious.

Oh boy, this club could use a guy like Lucic to become productive. There is no support player on this list with more punctuation pedigree, but it's fair to ask if this was from a previous life. His goal on Tuesday was Lucic's first goal, with force until March 5, 2018, with 59 games.

"The main thing we have to do to move forward is to join in as a group and play as if we had each other's back because we do. This is a good group." Lucic pic.twitter.com/491HtOwCLn

From here until the break of the stars, the Oilers could not ask for a better timeline to return to the playoff scenario in the West. Six of your seven remaining games before the break are at home against some opponents you should be able to win if you consider yourself a playoff team.

The Oilers get to Florida, Arizona, Buffalo, Vancouver (road game only), Calgary, Carolina and Detroit. Not that Edmonton can look down on anyone, but a group of these teams will miss the playoffs this year, and that should smell like the Oilers.