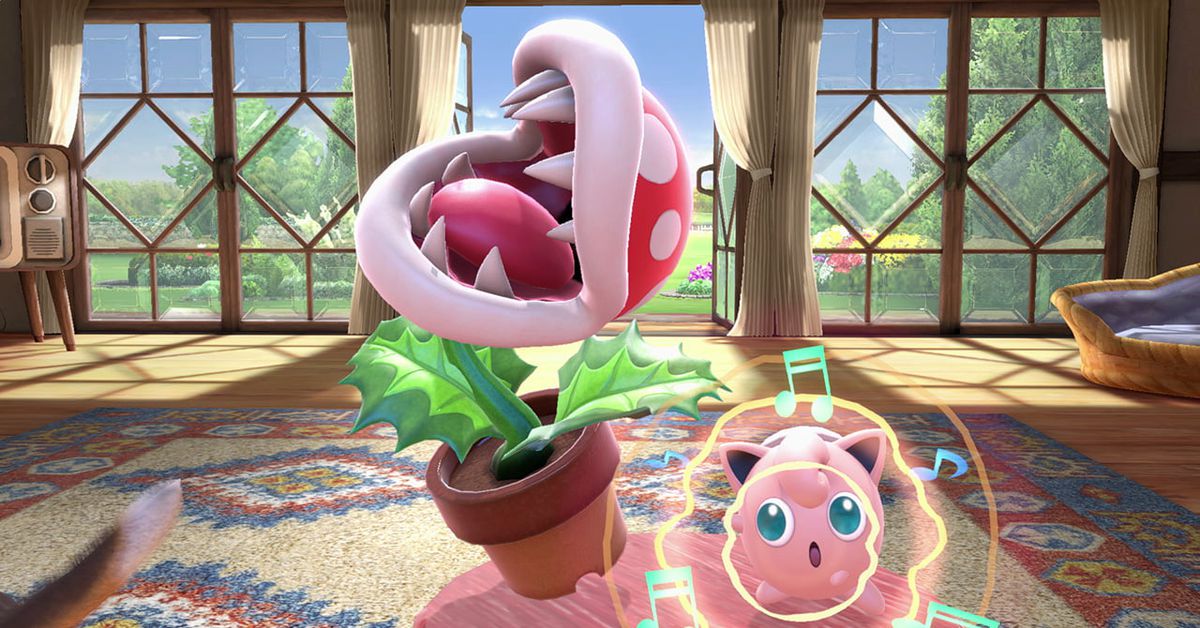 In addition to a new fighter, Super Smash Bros. Ultimate Version 2.0.0 adds the ability to play the Spirit Board with up to four players, adjusts many of the game's fighters, and addresses other gameplay and balance issues. A long list of fighter tweaks is available on Nintendo's support website.

For a look at what else has changed in Super Smash Bros. Ultimate, check out the patch notes for version 2.0.0 below.

Now you can play the Spirit Board with up to four players.
Select the spirit you want to challenge on the Spirit Board, then go to Party → Fighter to select the number of people to play. When playing with multiple people, you will lose the battle if any player is KO'd.

The following spirits will now appear in the Lodge.

Added the DLC Fighter Piranha Plant.
The Piranha Plant will be available for purchase as a DLC at a later date.

Pressing the two jump buttons at the same time will make you jump quickly.