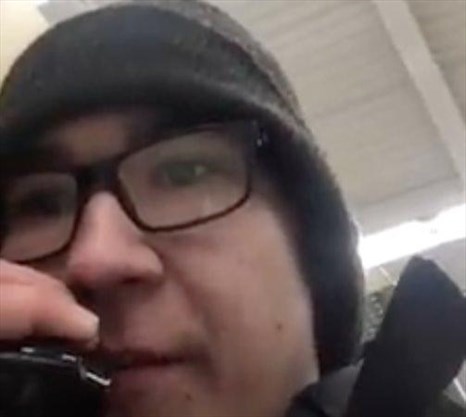 EDMONTON – On Thursday afternoon, Jackson Racicot walked into a Walmart in Grande Prairie, where he worked, with his resignation letter, handwritten at the end of his printed resume, the irony not lost on him.

He went to the assistant manager, handed her the letter, then crossed the intercom. First he turned the camera on his phone and then dialed # 807 and started talking.

"Attention to all buyers, associates and management. I would like to tell you all today that no one should work here.

His farewell video, which he posted the same day with a "must watch," has since exploded and received more than 16,000 views and has been shared more than 400 times. Racicot claims that he left in a dramatic way to raise awareness about the labor issues that plague the employees of a corporation such as Walmart.

The video, taken from a low angle, shows Racicot talking on the intercom about Walmart's management style and why he gave up.

"I've been a loyal employee for a year and a half and I'm sick of all the bulls – false criticism and my work," he says in the video.

He curses management, work, and Walmart before turning off, which is followed by a "woo" heard in the background.

The 17-year-old says he has decided to publish the video because he no longer wants people to buy at Walmart.

"I want people to start boycotting," he said.

Since he posted the video, Racicot says he was approached with Walmart employees from across Canada sharing their work experiences for the multinational retailer.