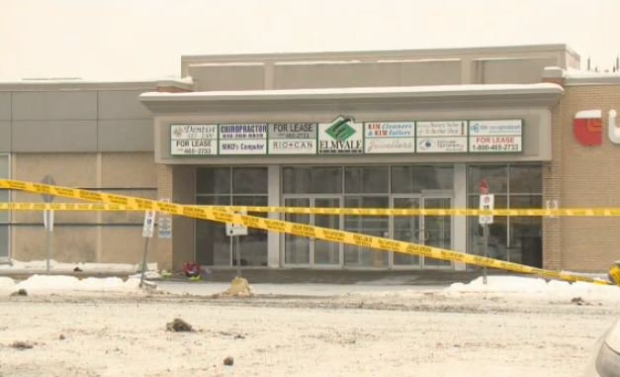 Ottawa police are responding to a shootout in the Elmvale Mall area on St. Laurent Blvd.

Police say a person has life-threatening injuries while a police officer has suffered minor injuries.

Active scene at Elmvale mall in #Ottawa after shots fired here at around 8 in the morning. @OttawaPolice still not confirming if the officer was shot or fired the shots, but says that the IUnntario likely to be undertaking research @ctvottawa #ottnews pic.twitter.com/hglCk8TVzO

Officials were called to the area around 7:53 am on Thursday for a report from a suspicious person. At some point during the investigation, shots were fired.

Police did not confirm which person opened fire.

The Special Investigations Unit has been called to investigate – as it always does when police in Ontario are involved in a situation where someone is seriously injured or killed or alleges sexual assault.

Residents are being asked to avoid the area.

January 31, 2019 8:15 am until further notice, Elmvale station is closed due to an ongoing police investigation. https://t.co/w3hk2pxVGj