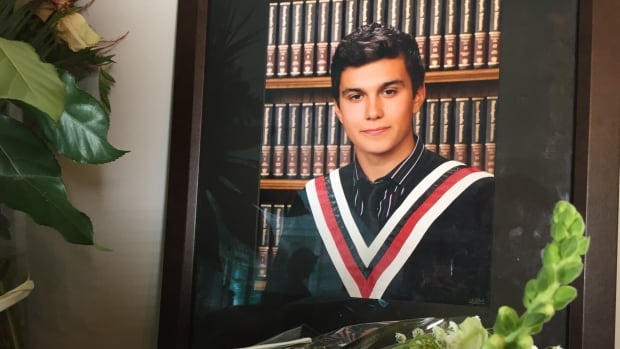 A man was sentenced to life in prison for the murder of Luka Gordic in front of a 7-Eleven in Whistler, California, almost four years ago.

The family of the murdered teenager began to applaud and applaud when the verdict was announced in the Vancouver court.

Crown attorney Henry Reiner says Gordic's case was one of the most disturbing in his career when his voice broke, talking to the media out of court. pic.twitter.com/twchrKtt5A

The killer can not be identified because he was 17 at the time of the crime. He was found guilty of murder in second degree in October 2017.

Two other men who were found guilty of manslaughter on Gordic's death were sentenced to 36 months in jail and probation.

The three were part of a larger group that invaded and killed teenager Burnaby in November 2015.

Mitch Gordic arrives for the conviction of three men guilty of the death of his son Luka in Whistler in May 2015. He says: "This will not end for me until I die." pic.twitter.com/LsmiRufcK4

The Crown said it would be looking for adult sentences in their cases.

Golic, who was 18 at the time, was found guilty of manslaughter and sentenced in December 2017 to seven years in prison for his role in the murder.

Subtracting time served, he was sentenced to spend five years behind the bars.

Gordic had been in Whistler with some friends for a long weekend trip in May, when he was killed.

He was separated from his group when he entered the convenience store to buy a packet of chips on May 17. The teenager was attacked when he left and died of several stab wounds.

Gordic has been described as a "sweet and simple guy" who loved his friends and family – especially his older siblings.

Police never specified a motive, but the family believed there was enough evidence to justify a second-degree murder charge – something they put pressure on during and after Golic's murder trial.