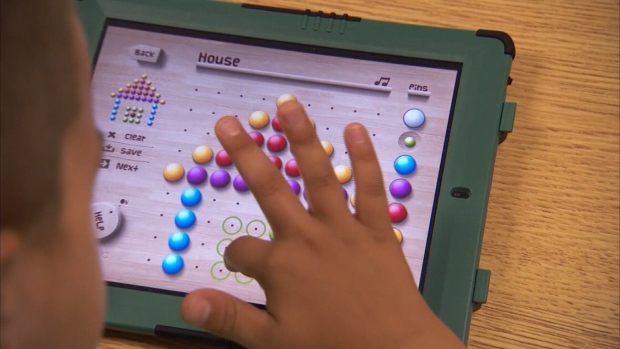 Children who spend two to three hours a day watching screens as tablets and cell phones are struggling with their language and motor skills when they start school.

This is according to a new study from the University of Calgary that examined the habits of screen use of almost 2,500 children of Albertan over a period of five years.

Sherri Madigan and her team learned that children two to five years spent between two and three hours a day in front of TV, tablets, cell phones and computers – which prevented their mental growth.

"What the study shows is that when kids are actually watching the screen time, they are not getting opportunities to practice really important development skills," Madigan said.

Experts recommended that there was no screen time for newborns until two years of age, and only one hour a day for older children than that.

Talking to their kids about screen time is constructive, Madigan said adding that parents should be aware of and responsible for their own hours spent on phones and tablets.

"You can think of parents as media mentors," she said, "so if we want to model our children's healthy device habits and healthy device use then we need to practice that too."

With archives by Jaclyn Brown of CTV