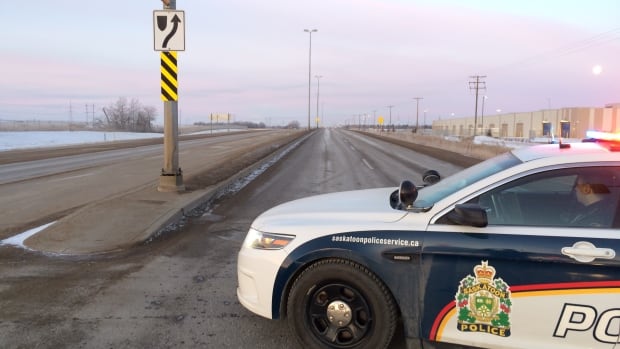 A Saskatoon police officer was involved in a gunbattle on Friday night that left a man dead.

Police released few details of the incident at around 8pm. Friday night near Valley Road and Dundonald Avenue.

The man was taken to hospital where he was pronounced dead. 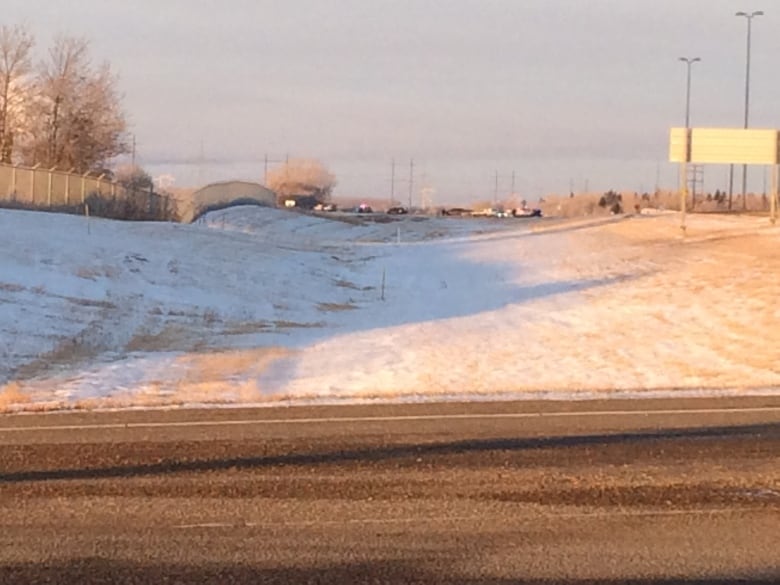 Several vehicles can be seen along Valey Road at the site of a fatal shootout involving a Saskatoon police officer. (CBC News)

Police have closed a section of Valley Road about two miles south of Montgomery Place and are turning vehicles in both directions.

A number of vehicles, including police cars, can be seen parked about 500 meters from the police barrier along a bend in the road.