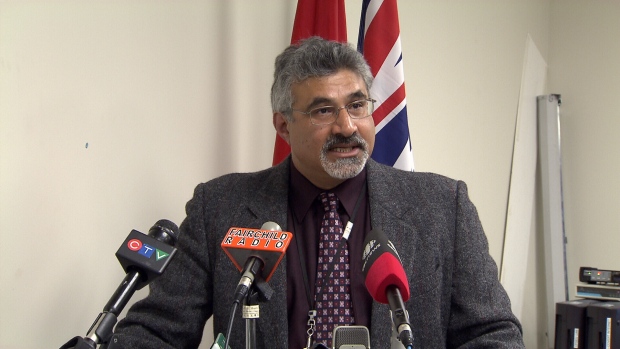 One of the most recognizable faces in policing in the Lower Mainland was the victim of a fatal accident at Nanaimo this weekend.

Sergeant retired. Shinder Kirk was a prominent officer, working as a long-time spokesman for the Abbotsford Police Department and then the British Columbia Combined Special Forces Unit.

He was the spokesman during a period of active gang violence in the Lower Interior and would make frequent television news appearances on gang warfare involving the Bacon brothers, Red Scorpions and the United Nations gang.

He retired as a police officer, but he was in the APD as a Commissioner.

Sources told CTV News that Kirk died in an accident in Nanaimo on Saturday afternoon.

A fatal accident in #Nanimo left at least one dead person. The BC Coroners Service attended the location of this chief in the collision between two pickup trucks. Waiting for more RCMP details @CTVNewsVI pic.twitter.com/VstpJu5OCA

Mounties said two pickup trucks collided with each other. Two people in Kirk's vehicle had to be taken by helicopter to the hospital.

Two people in the other truck were not injured.

Police are investigating the cause of the accident.

Abbotsford police did not comment or confirm Kirk's death, but some colleagues offered condolences to social media