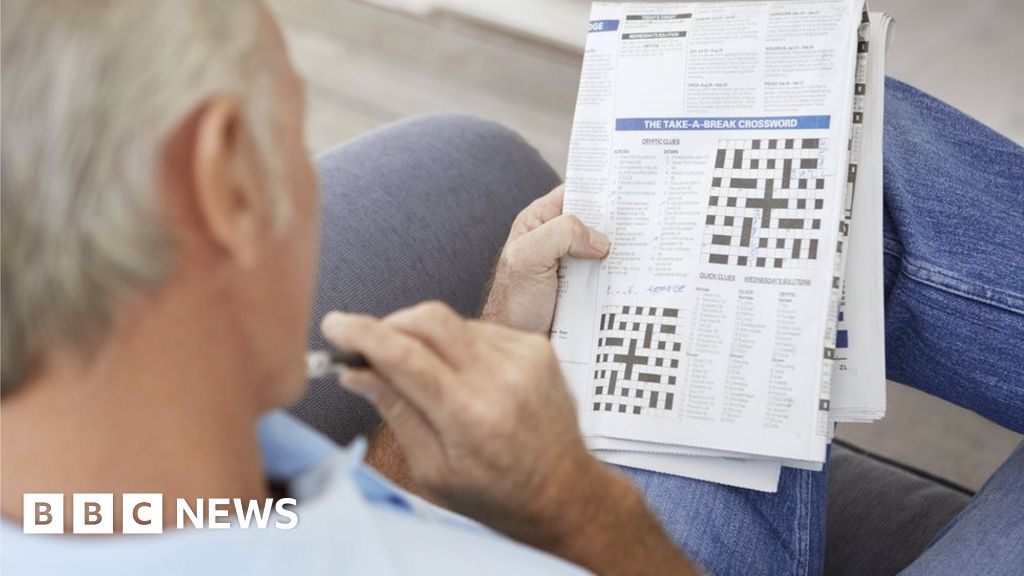 Doing crossword puzzles and Sudoku does not protect against mental decline, according to a new study.

The idea of ​​"using it or losing it" when it comes to our brains later in life has already been widely accepted.

But a new Scottish study suggests that it has no effect on mental decline.

Rather, the results indicate that regular life-long intellectual activities increase mental capacity and provide a "higher cognitive point" from which to decline.

This study published in the BMJ was conducted by Roger Staff at Aberdeen Royal Infirmary and at the University of Aberdeen.

He looked at 498 people born in 1936 who had participated in a group intelligence test at age 11.

This current study began when they were about 64 years of age and they were called for tests of memory and speed of mental processing up to five times over a period of 15 years.

He found that involvement in solving problems did not protect an individual from the decline.

However, this meant that they had a higher starting point from which the decline was observed and therefore delayed the point at which the deficiency became significant.

Previously, some studies have found that cognitive training can improve some aspects of memory and thinking, particularly for middle-aged or older people.

No study has shown that brain training prevents dementia.

And last year a report from the Global Brain Health Council recommended that people participate in stimulating activities such as learning a musical instrument, designing a quilt or gardening instead of brain training to help the brain function later.

It said that the younger a person began these activities, the better their brain function would be as they got older.

Dr. David Reynolds, scientific director of Alzheimer's Research UK, said the research added to the debate "on-going" or "use it or miss it".

But as the survey did not consider people with dementia, "we can not say from these results whether specific brain training activities could affect a person's risk of the condition."

"In addition to staying mentally active, staying physically fit, eating a healthy and balanced diet, not smoking, drinking within the recommended guidelines and keeping weight, cholesterol and blood pressure under control are good ways to support a healthy brain as we age. "