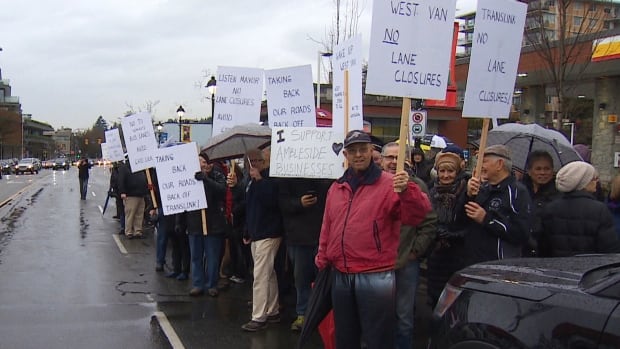 Residents of West Vancouver blocked a traffic lane Saturday morning to protest against a proposed bus lane through their community, which will pave the way for a new fast service bus line B.

Dozens of protesters appeared on the corner of Marine Drive and 13th Street to voice their opposition to the bus lane proposed by TransLink as part of the North Shore Transportation study.

"He just attacked us," said the businessman and protest organizer, Nigel Malkin, referring to the proposal.

Traffic is a sensitive spot for many on the north coast, where congestion on major routes and bridges is a common occurrence.

TransLink proposed the bus strip on Marine Drive as a way to ease cargo on the north coast roads. The lane will reduce the road from a total of four lanes for passenger vehicles in both directions, up to a total of two.

West Van residents blocked a strip of traffic on Marine Drive in protest of a proposed bus lane pic.twitter.com/Af9FiP0OQ0

"If you put a B-line and dedicate traffic lanes to them, it will encourage more people to travel less by car, and more by bus," said Peter Scholefield of the HUB cycling network.

The report says TransLink consulted hundreds of North Shore residents over a two-month period and got strong support for the B-line buses and traffic changes to make them faster.

But protesters on Saturday said the bus lane will make congestion even worse. They blocked the road to give drivers a preview of what's to come. 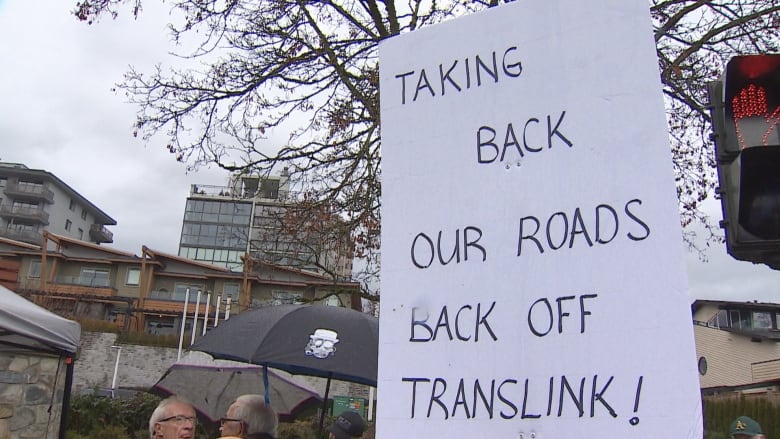 Demonstrators say the congestion will get worse with a bus lane. (Jon Hernandez / CBC)

Entrepreneur Michel Ibrahim said people like him will suffer the impact of change.

"We [are] all happy with the way it is now. It's good for customers, like the mother here with her son, she parks the car here and comes to cut her hair, "he said.

With files by Jon Hernandez