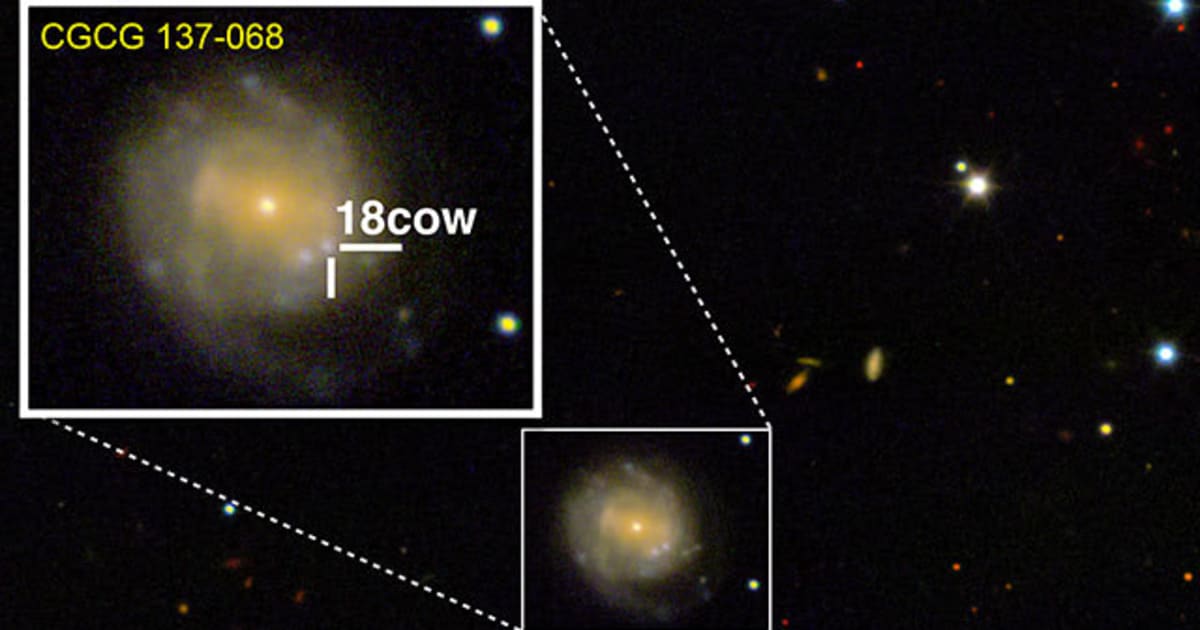 Officially called the AT2018cow, the object was dubbed "The Cow," and whether it is indeed a neutron star or a black hole – both can form when a massive star collapses – will help scientists understand what exactly happens when type of event occurs. "We know from theory that black holes and neutron stars form when a star dies," Professor Raffaella Margutti of Northwestern University said in a statement, "but we never saw them soon after they were born." Margutti led the research at Northwestern University on the brilliant event and presented the findings of his team at the meeting of the American Astronomical Society. The work will also be published in the Astrophysical Journal.

At first, the researchers thought The Cow could be a supernova, but because it is 10 to 100 times brighter than a typical supernova, scientists have begun to look for alternative explanations. They also used several observatories to study The Cow, seeing it with X-rays, hard X-rays, radio waves and gamma rays, which allowed them to have a more comprehensive view of The Cow.

And some lucky breaks also helped. The dwarf galaxy housing The Cow is about two hundred million light-years away, which may seem like a lot, but it's pretty close to astronomical standards. In addition, there was less material than usual around The Cow during the event, allowing astronomers to see through it observing The Cow's "core engine".

Other researchers involved in the work support the notion of the formation of a black hole or a neutron star. But some believe the data suggest that The Cow is the result of a black hole engulfing a white dwarf.

While it is not yet clear exactly what The Cow is, the collaborative way in which it has been observed can help scientists identify more such events in the future. "The cow is a great example of a kind of observation that is becoming critical in astronomy: rapid response to transient events," Keck Observatory chief scientist John O Meara said in a statement. "Looking forward, we are implementing new telescopic observation and instrumentation policies that allow us to be as fast in the sky and in science as possible."