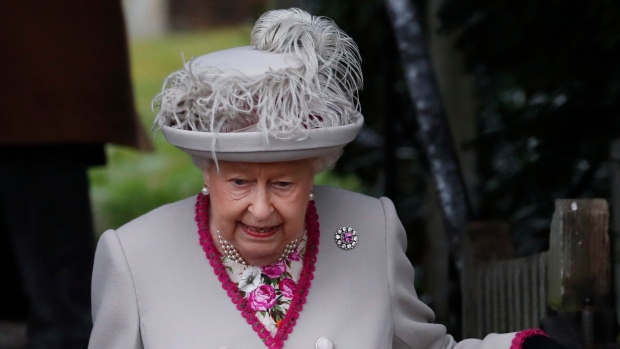 SANDRINGHAM, England – Queen Elizabeth II was applauded by spectators as she and other royalty members celebrated Christmas at one of their country estates.

The 92-year-old Queen arrived by car on Tuesday morning while younger royalty was walking from her large country house in Sandringham to the nearby Church of St. Mary Magdalene.

Prince Charles led the way, followed by his sons: Prince William and his wife Catherine and Prince Harry and his wife Meghan, expecting their first child in the spring.

Many other members of the royal family were also present. British royalty usually exchanges gifts on Christmas Eve and marks Christmas day with church service and a traditional lunch.

The queen's prerecorded annual message to Britain and the Commonwealth will be broadcast in the afternoon.