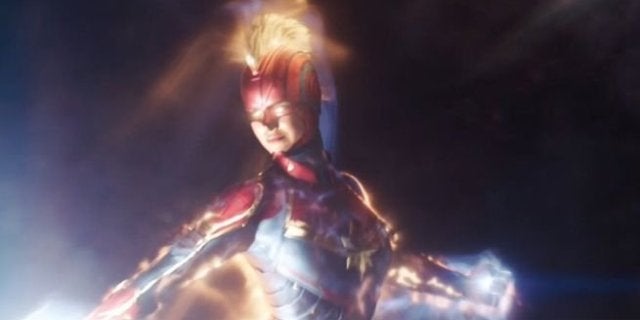 The next Marvel Studios movie will be a unique blend of cosmic and Earth-based adventures, as Kree's heroine Carol Danvers discovers about her mysterious past in Captain Marvel.

But the film will mainly be set in space, as the Guardians of the Galaxy franchise, or so will be like most other Marvel movies, with most of the action going on on Earth? Turns out it will be close to a room.

According Captain Marvel Executive producer Jonathan Schwartz, Carol's adventure will begin in space before returning home to learn more about his life before joining Kree's Starforce.

"In terms of Earth vs. Space, it's about 50-50," Schwartz told ComicBook.com during the Captain Marvel check visit "The movie begins in space comes to Earth relatively quickly and returns to space by some kind of third act." So it's a kind of space on Earth. There's a great plot of Earth that connects to many of our cosmic journeys.

This plot is probably referring to the Kree-Skrull War, the intergalactic conflict of which the Earth stands at the center. Schwartz has promised that Marvel's classic story will push Captain Marvel's narrative.

"It's really focused on the Kree-Skrull war," Schwartz added. "There are little elements of other things and kind of Blink and you miss those moments. But the Kree-Skrull conflict is the heart of the movie."

But this conflict will force Carol to question her own past when she realizes that she may not be the Kree warrior she thought she was.

"I mean, a lot of the movie is about Carol not remembering her human past," Schwartz said. "When we first meet her at the beginning of the film, she believes she's a Kree, and kind of introduced to her army." She's proud as a person, she loves being Kree. "And then, throughout her adventure, I realized there's more to Kree. her story than that. So the movie kind of makes her unravel the root of her own origin, the root of her own mystery. "

Co-director Anna Boden reiterated that the film will not be a typical story of origin, trying to turn these tropes upside down.

"I think one of the really fun things about this movie, because it's a story of origin, is that it's not your traditional story," Boden said. "What's going to be fun and surprising for an audience will reveal the mystery of how this particular superhero acquired his powers and became who he is along with [being] on a journey with this character. It was a very fun way to make a movie, a really fun way to imagine a story of origin, because it has this non-traditional structure. I think it's going to be a fun ride for people. "