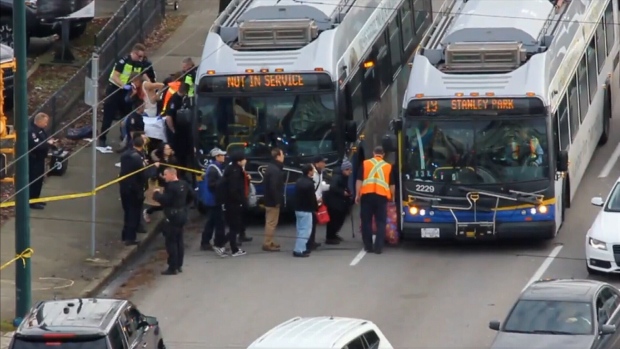 Vancouver police are investigating after alleged stabbing in a TransLink bus near Kingsway and East 12th Avenue on Monday.

Police say a fight broke out between two men around 1:30 p.m. Christmas Eve.

They say a 60-year-old man was put on a stretcher and then transported to the hospital with non-fatal injuries.

A 67-year-old suspect was arrested at the scene, but police said the charges had not yet been made.

With an Allison Hurst report from CTV Vancouver