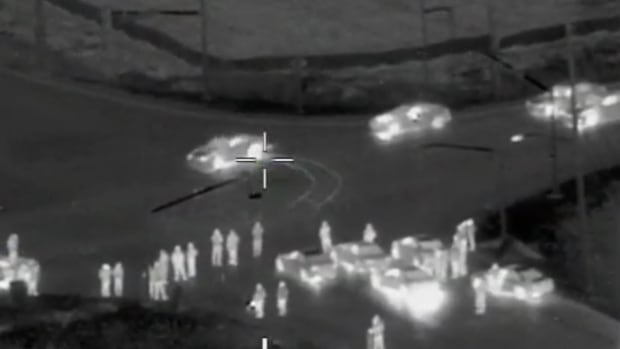 Police issued a video of suspected "street racing" in Pickering, Ontario, which brought police officers into a high-speed chase and resulted in a 24-year-old man being accused of driving dangerously at the weekend.

A Durham Regional Police helicopter located about 100 vehicles and pedestrians blocking an intersection on Altona Road and the Finch Avenue area just after 2:30 am on Sunday, a news release said.

The video filmed by a police helicopter, called Air1, shows several vehicles driving in the middle of the intersection and performing "donuts" while "spinning their tires" as viewers film the maneuver on their cell phones.

"It looks like all the street runners," said one officer, who was tracking the helicopter incident, on the police radio.

Four minutes later, the video shows two police cruisers at ground speed to the intersection to split the group.

People can be seen jumping in vehicles and accelerating. This resulted in "multiple collisions," according to police radio.

The vehicle that was making donuts at the crossroads at the time, however, fled a "high speed" heading north on Altona Road while another vehicle followed, the researchers said.

Police on the ground "tried to stop a vehicle, but stopped because of security concerns," a statement said.

As he tried to escape from the jail, the suspect drove about 173 km / h on Highway 401, heading west toward Toronto. (Durham Regional Police)

Meanwhile, the police helicopter followed the other vehicle, identified as a gray BMW sedan. The driver passed by several police cars, traveling at 211 km / h sometimes through residential areas, while driving to Toronto.

"He turned off the light control. He's driving in the dark here," an officer said over the radio during the helicopter chase.

The driver was able to reach a gas station in Scarborough, where he was boxed by four police cars.

"The suspect vehicle hit one of the vehicles in an attempt to escape," the press release said. 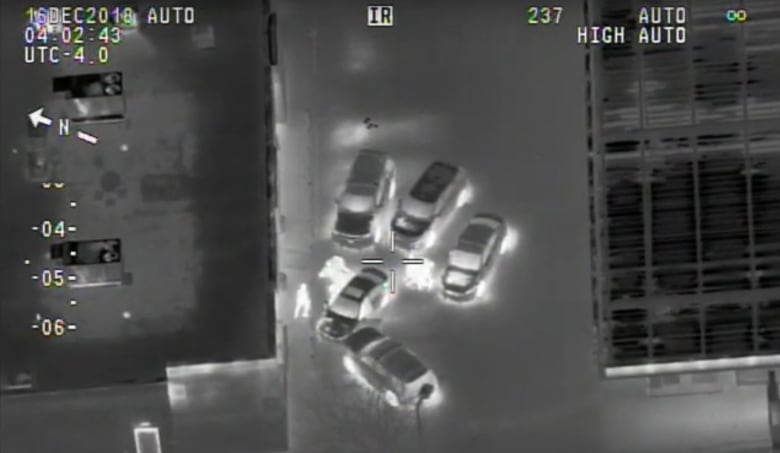 The suspect crashed into the police car as he attempted to escape from prison at a gas station in Scarborough, Durham police said. (Durham Regional Police)

Both the driver, identified as a 24-year-old Markham man, and the passenger were arrested.

The passenger, however, was released unconditionally.