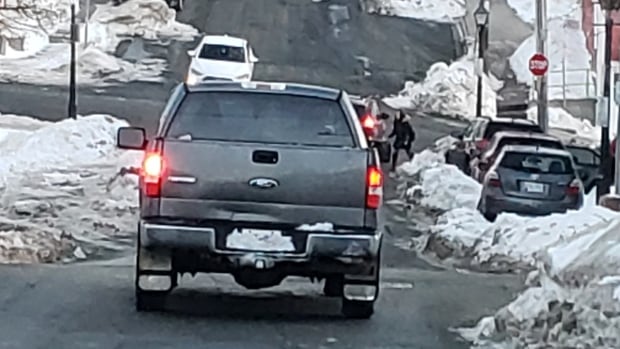 The Royal Newfoundland Constabulary is investigating a triple hit and run after a truck was seen colliding with three separate vehicles in rapid succession on Monday morning.

The incidents occurred in downtown St. John's, police said in a statement.

Shortly after 8:30 in the morning, the RNC received a report from the truck that hit a vehicle on Ordnance Street and did not stop.

The driver of the affected vehicle followed the truck toward Gower Street, where police said it hit a second vehicle.

A few minutes later, a third vehicle was hit, with the truck again leaving the scene.

Witnesses took pictures of the suspect pickup, a gray Ford F-150, which police said may have damaged the front bumper.

The truck's license plate was covered in snow and police said they were still trying to identify the male driver.