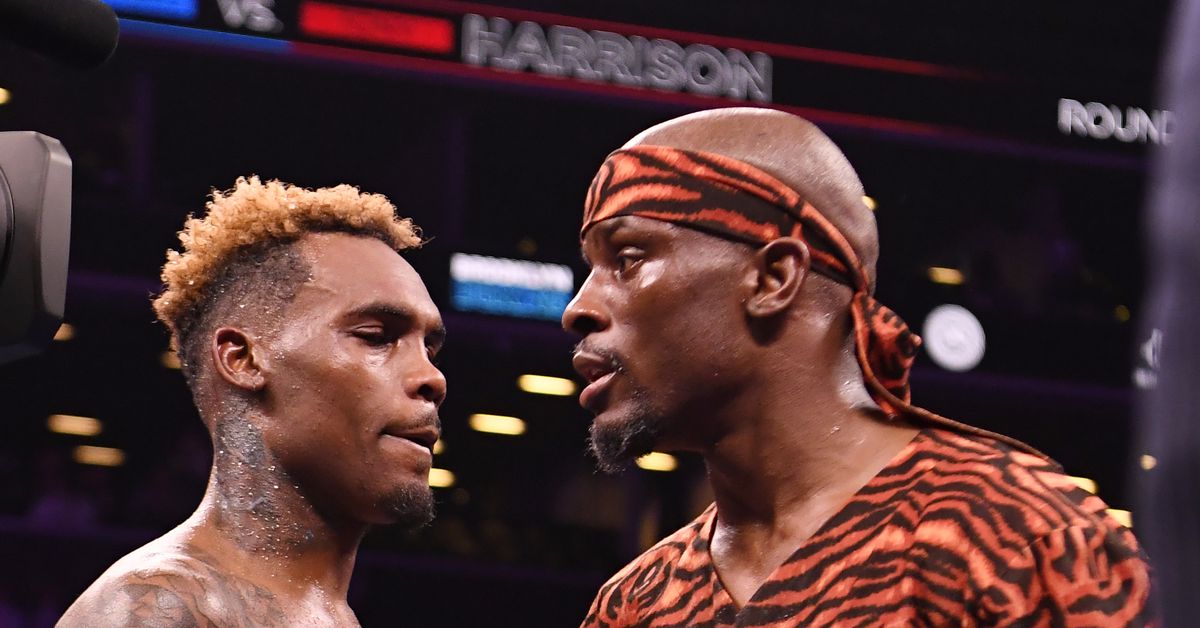 At the co-main event on the PBC on Fox Charlo vs. Korobov, Jermell Charlo suffered a shocking defeat at the hands of Tony Harrison, losing both his WBC Light Middleweight title and his undefeated record.

While Charlo loses is a shock, the biggest shock are the scoring cards. On the way to the decision, it seemed clear that Charlo had won the fight. He got the best punches, hurt more Harrison and looked to control most of the rounds. When it was announced that it was a unanimous decision and the scores were read, a Charlo victory seemed a lock. But no, it was Tony Harrison who took the unanimous decision and title.

The decision was received by boos and tremendous surprise. Charlo was shocked, the announcers were shocked, Jarrett Hurd said he was shocked. People complain a lot about boxing decisions, and for good reason, but this one was bad. Too bad. It's a difficult decision to justify in any way.

Here is a look at the strange and heated exchange between the two post-fight men:

With that, Charlo's record drops to 31-1. Harrison is now 28-2 and holds his first major world title. With this type of result, it is difficult to know exactly what happens next. In all likelihood, it's an immediate rematch for both of you. But the two men have their eyes on Hurd and (by Harrison now) a 154-pound unification bout. But all this is in the future. For now, we have a terrible decision – one of the worst in recent years and probably will not be forgotten soon.