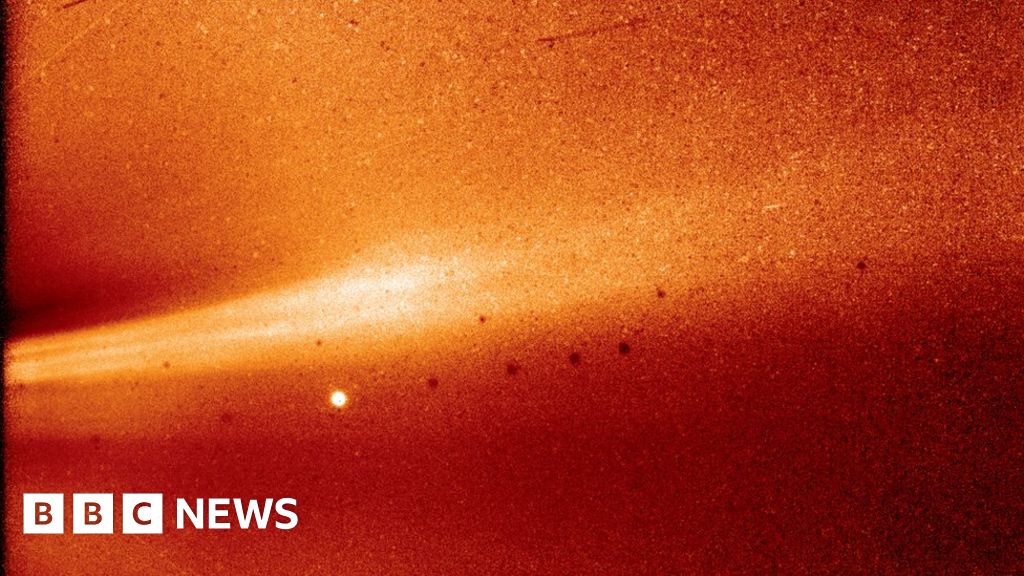 Just a few weeks after making the closest flyby of the Sun, NASA's Parker Solar Probe is sending back its data.

Included in the observations is this remarkable image of the energetic gas, or plasma, flowing from the star.

The bright spot is, in fact, distant Jupiter. Black dots are repetitions that occur simply because of the way the image is constructed.

Parker's WISPR instrument gained sight only 27.2 million kilometers from the surface of the Sun on November 8.

The imager was looking at the sides behind the dense heat shield of the probe.

NASA's mission was launched in August to study the mysteries of the sun's outer atmosphere, or corona.

This region is strangely warmer than the "surface" or photosphere of the star. While this may be 6,000 degrees, the outer atmosphere can reach temperatures of a few million degrees.

The mechanisms that produce this overheating are not fully understood.

Parker plans to solve the puzzle by passing through the outer atmosphere and directly sampling its particle, magnetic, and electric fields.

"We need to go to this region so we can try out the new plasma, the newly formed material, so we can see what processes are going on there," said Nicola Fox, director of the NASA Heliophysics Division at Washington DC.

"We want to understand why there is such a temperature inversion, as in – you move away from a hot star and the atmosphere gets warmer, no colder as you would expect."

Not only is Parker breaking records of proximity to the Sun, it is also setting new speed records for a spacecraft. On the recent flyby, it reached 375,000 km / h. The fastest that any previous test achieved was about 250,000 km / h.

Parker will go even faster in future passes near the Sun.

The latest science of the mission is being presented here at the Fall Geology Meeting of the American Geophysical Union – the largest annual meeting of earth and space scientists.