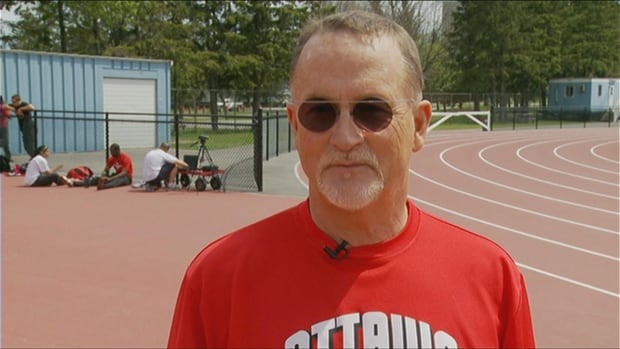 According to a suspension notice signed by Commissioner Frank Fowlie of Canada Athletics, McInnis has been on paid leave since September 2018 due to allegations of sexual harassment and was prohibited from training or having contact with any athlete or club member.

According to the notice, McInnis was reprimanded twice before by the club, and the University of Ottawa for allegations made against him in 2016.

Despite the ban, Athletics Canada claims that McInnis participated in training with the club in California during the last week of December 2018 and the first week of January 2019.

McInnis is a member of the Canadian Sports Hall of Fame and trained the men's relay team gold medalist at the 1996 Olympics in Atlanta.

McInnis also provided comments during the 2004 Olympics for the CBC.

Statement issued by the club

Porter was suspended for failing to take "proper corrective measures" against McInnis when he knew he would be training club athletes, according to the notice.

In a statement posted online, the Ottawa Lions Athletics Club confirmed the suspensions of Porter and McInnis.

"Upon receiving a final report of the investigation and in consultation with the decision of the Canadian Commissioner of Athletics, the council will take swift and appropriate action in the best interests of the club," the statement said.

Ryan Rowat took over as interim president of the club during the suspension of Porter, according to the club's statement.

Athletics Canada is investigating the allegations and plans to release a ruling by June 30.