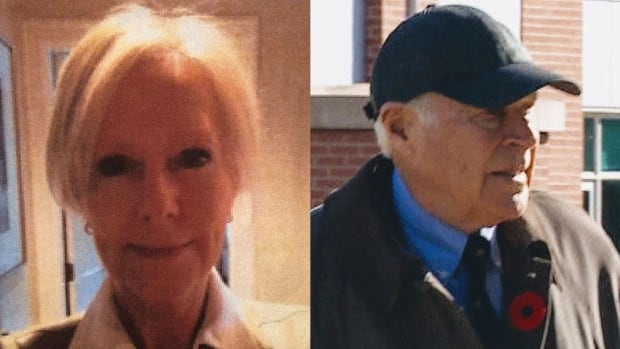 Dennis Oland's defense team will not put forward Richard Oland's mistress or her now-estranged husband as possible alternative suspects in his 2011 bludgeoning death, the murder retrial heard on Tuesday.

The defense will not argue the Saint John Police Force's investigation into Diana Sedlacek's husband, Jiri Sedlacek, was inadequate either, lawyer Michael Lacy told the Court of Queen's Bench.

I have made the statements in objecting to the Crown calling Jiri Sedlacek as a witness.

Sedlacek testified at Oland's first trial in 2015 and faced a rigorous cross-examination by the defense.

But Lacy argued against recalling him for Oland's retrial on a charge of second-degree murder.

"It is our position that his evidence is not relevant … and has no probative value," Lacy told Justice Terrence Morrison.

The judge deliberated for an hour before agreeing and ruling Sedlacek's evidence inadmissible.

Oland, 50, is being retried for his father's death after the Court of Appeal overturned his 2015 conviction, citing an error in the trial judge's instructions to the jury.

He is the last person known to have seen his multimillionaire father alive when he visited him at his office on July 6, 2011 around 5:35 p.m.

The body of the 69-year-old was found in the office the next morning with 45 sharp-blunt-force injuries to his head, neck and hands.

The retrial is scheduled to resume Wednesday at 9:30 a.m. with testimony from an unidentified Crown witness, followed by the videotaped testimony of a forensic video analyst from the first trial. 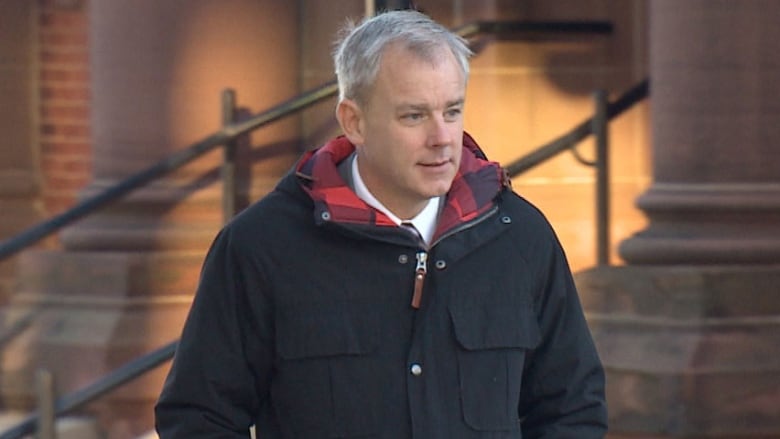 Dennis Oland has maintained his innocence from the beginning and members of his extended family have stood by him. (CBC)

On Tuesday, lead Crown prosecutor P.J. Veniot had argued it was important to hear from Jiri Sedlacek because in order to convict Dennis Oland, the judge should be satisfied beyond a reasonable doubt.

"Who else would have motive than a jilted husband?" said Veniot.

Allowing Sedlacek to testify would give the court the opportunity to hear him say, 'It was not me, I was not there, I did not do it,' the prosecutor said.

It would also disprove the defense's allegation that police had tunnel vision in zeroing on Oland as a suspect within hours, Veniot argued.

Richard Oland and only found out about his wife's affair about 15 months later, when his lawyer shared a half report about him with him.

He would have been "very upset" if he had known his wife of 24 years was cheating on him, but insisted he suspected nothing.

Sedlacek, who retired in 1988 the director of corporate planning for Bata Shoes and was about 84 years old at the time of the homicide, was questioned twice by Saint John police and ruled out as a suspect.

Defense lawyer Alan Gold pointed out during the first trial that police never asked to see Sedlacek's bank or phone records, or the GPS for his car.

On Tuesday, Morrison said that if Oland was being tried by a judge and jury, there "may be a temptation to lay jury to engage in the improper speculation that [Sedlacek] would have been involved in the homicide. "

But he emphasized that he was hearing the case alone, and had seen no evidence implicating either of the Sedlaceks in Oland's murder.

Lacy assured the court has no intention of raising either of the Sedlaceks as possible alternative suspects.

In issuing his ruling, Morrison said that if he attempts later in the trial to lead any such evidence or invite the court to make any such inference, the Crown can make a motion to call rebuttal evidence.

Diana Sedlacek did not take the stand at the retrial either.

The defense took no issue with the Crown playing a videotape Tuesday of her testimony from Oland's first trial in 2015 instead of calling her to testify again.

His lawyers did not cross-examine Sedlacek at the first trial – a decision that surprised many observers in the packed courtroom at the time because she is a key witness in the Crown's case. 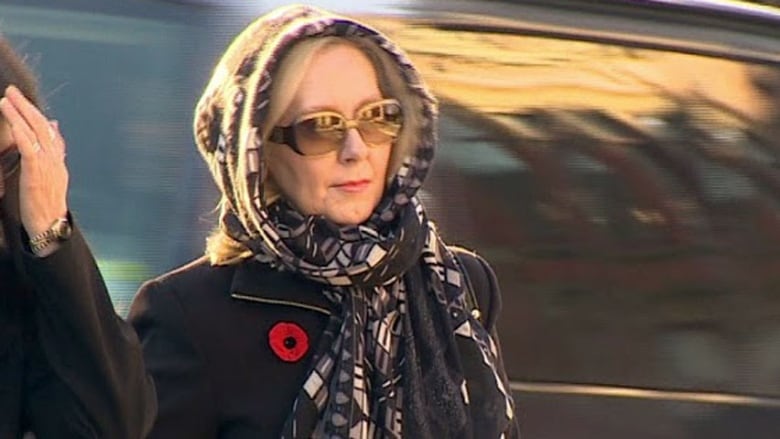 Diana Sedlacek previously testified that she had been in a 'romantic relationship' with Richard Oland for several years before he was killed. (CBC)

Richard Oland was killed. He was killed in the 1970s.

The Crown contends it was around 6:30 p.m., shortly before the accused left his father's office. The defense, however, suggests it was sometime after 7:30 p.m., when Anthony Shaw told police he heard thumping noises coming from the office. Dennis Oland was captured on security video that time with his wife in Rothesay, about a 15-minute drive away.

Richard Oland and Diana Sedlacek had exchanged several messages earlier that day, mostly in relation to a trip they were planning together to Portland, Maine, the courtroom heard.

They had been in a "romantic relationship" for about eight years, Sedlacek said.

She would have turned her phone off because she went straight to voicemail when she called, she testified.

Cellphone records would later show that text was the last communication received by Richard Oland's cellphone. He left the cell tower in Rothesay, near the Renforth wharf where Dennis Oland told police he had stopped on his way home from visiting his father. 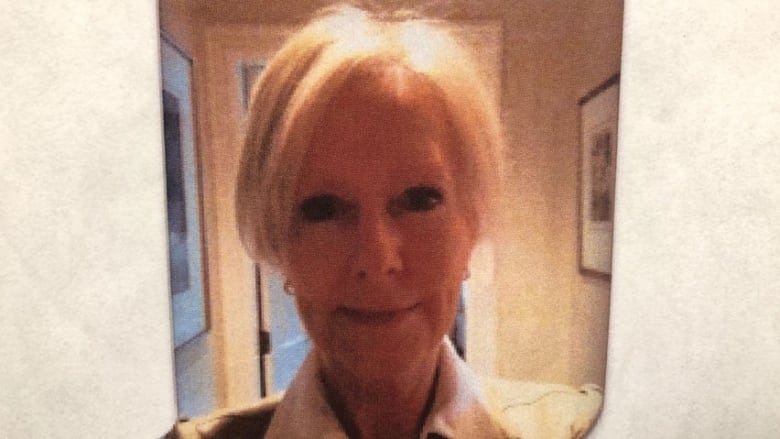 Diana Sedlacek texted Richard Oland this selfie on June 26, 2011, saying 'Look at me everyday,' and asking him to send her a selfie too. (Court exhibit)

I [have] a lot of men who would love me 2 b Do stop this [expletive] around And answer the damn phone! I [will] call at your house, "Sedlacek wrote, referring to the Rothesay home Oland shared with his wife, Constance.

By the next morning, when Sedlacek still could not reach Oland, her impatience turned to panic, she said. She was "texting, calling, praying."

When she saw the police outside her office and she was towed away, she felt something horrible must have happened, but she did not know what. She thought she might have had a heart attack, she said.

When Dennis Oland was questioned by police later that day, he suggested that Sedlacek might have reason to harm his father.

"The only person who comes to mind is this supposed girlfriend, because she really seemed to be a whack job." "Like, they call her the Dragon Lady." "You know she's … somebody who you think could be Fatal Attraction-type person."

On mobile? Follow our live blog of the Oland trial