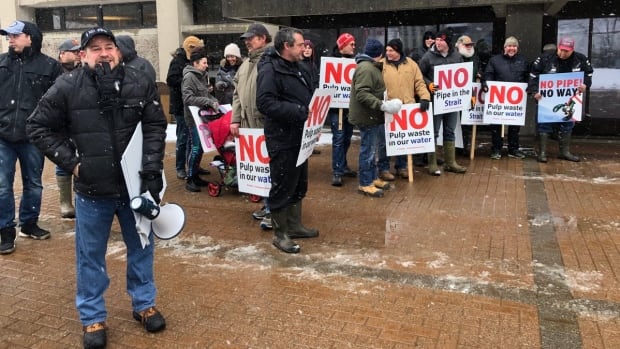 A Nova Scotia judge has granted a temporary injunction to prevent fishermen from hiring research boats hired to examine a route to the effluent pipeline of a pulp mill.

The Nova Scotia Supreme Court, Denise Boudreau, has ruled that fishermen have the right to "legal protest," but they have no legal right to prevent research vessels from carrying out their work.

Lawyers at the Northern Pulp plant in northern Nova Scotia have argued that their project was being illegally retained by fishermen's blockades.

About 80 people gathered outside the Halifax courthouse to protest against the proposed pipeline that would pump treated waste directly into the Northumberland Strait, near Abercrombie, N.S.

Kathy Cloutier, a spokeswoman for Paper Excellence Canada, Northern Pulp's parent company, has confirmed that the plant is seeking a provisional injunction to avoid blockages in research work in the Northumberland Strait.

A group of fishermen said it would block the entry of any research vessel into the strait.

The plan to pump the treated effluent from his mill in Abercrombie, N.S., in the strait lifted the wrath of the fishermen, P.E.I. government and even Hollywood actor Ellen Page, who is from Halifax. 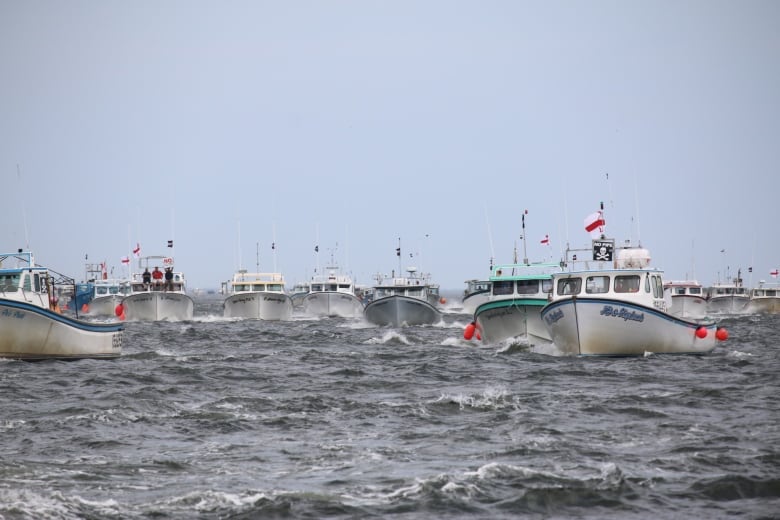 Hundreds of boats participated in a protest in July against the route proposed by Northern Pulp for its effluent pipe. (Nic Meloney / CBC)

The wider fishing region of the Gulf of St. Lawrence is home to the lobster and crab fisheries that have brought in more than $ 1.2 billion in catches in 2016.

The Nova Scotia government has undertaken to stop the flow of effluents to the highly polluted Boat Harbor lagoon until January 31, 2020. The lagoon is adjacent to the First Nation of Pictou Landing.

Outside the Halifax courthouse, protesters carried signs that said "No barrel in the strait," and chanted "All I want for Christmas is not pipe."

Warren Francis, a 49-year-old fisherman and member of Pictou's First Nation, said earlier that the decision was taken that further protests would follow if an injunction was granted.

"I do not think this will stop us," he said. "My First Nation will have to intensify this … We do not want a duct in that narrow … I really hope this is not reduced to violence."

Ben Chisholm, a 65-year-old pipefitters business agent, said he came to court to support the plant's position because millions of dollars in economic activity could be lost if the plant closed.

"There is more support to keep the plant open and to clean it than to close," he said, while protest chants rang out.

"Whenever a large factory closes in an area, it is followed by poverty. There is nothing to replace that."