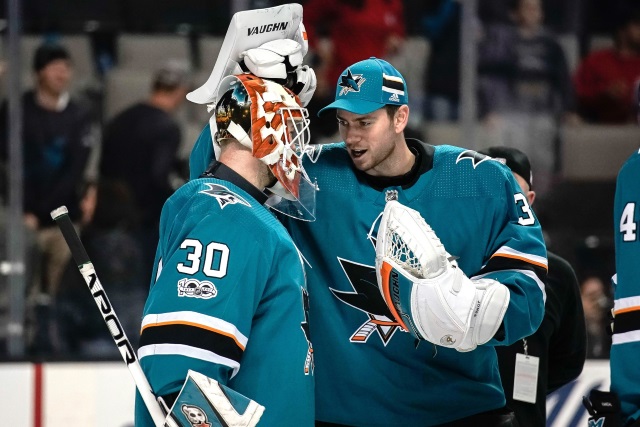 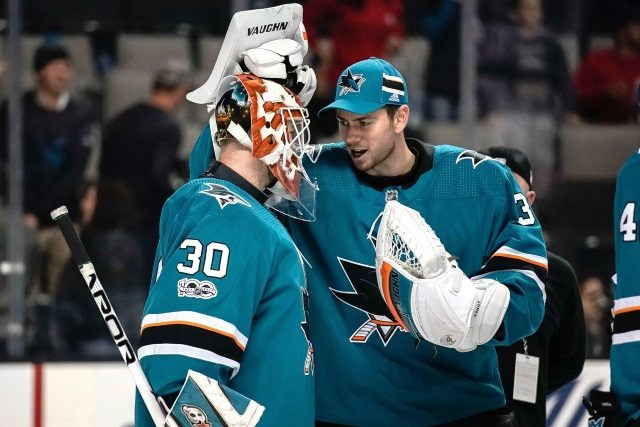 Dubas going to Russia this week

Pierre LeBrun: NHL teams are holding scout meetings in the next three to four weeks.

Toronto Maple Leafs GM Kyle Dubas is in Russia this week watching some teams that have potential free agents as well as some of their own prospects.

Darren Dreger: "KHL center, Sergei Andronov is a player of interest to the Leafs. Several NHL teams are in the mix. From $ 1.5 to $ 2 thousand next season … can be very rich for Toronto to a depth center. "

Igor Eronko: "You have to think that Kyle Dubas is in Yaroslavl not just for Yegor Korshkov. You should also be looking at Alexander Yelesin, one of the most difficult KHL Ds. He is a good skater, HR, sees the ice well and shoots after hitting. Maybe he'll take care of Artyom Blazhiyevsky too, CSKA's LHD "

Will the sharks go back to the goalkeepers market?

Paul Gackle of The Mercury News: (mailbag) There must be a legitimate concern with the San Jose Sharks over goalie Martin Jones. The Sharks are dead last in save percent and Jones is in 28th in save percent in 0.897 between goalie with at least 20 appearances.

If their goal does not improve, they can call a goalkeeper from AHL – probably Josef Korenar on Antoine Bibeau.

The most likely option would be to try to pack Aaron Dell into an agreement for a veteran goalkeeper before the deadline.

The outstanding rental options that may be available before the term include Jimmy Howard, Brian Elliot, Michal Neuvirth, Keith Kinkaid and Petr Mrazek.

Rangers may have many players available

Chris Nichols by Nichols in HockeyDarren Dreger was on TSN 1260 and was asked about the decline of New York Rangers goalkeeper Henrik Lundqvist.

Lundqvist made it clear to the Rangers that he was committed to helping through the rebuilding and wanting to be part of his solution.

"It will be interesting to see what Jeff Gorton does from now on. We hear the names out there – like Zuccarello, Hayes is another. I think you could probably put half a dozen, maybe up to 10 players on a trading list, and Gorton would consider moving those pieces. "