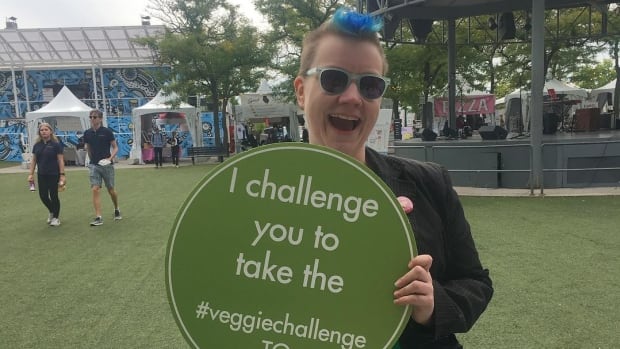 People inclined to a 30 day New Year challenge have many options. They can give up alcoholic beverages to "Dry January," put their credit card in "No Spend January," or dispense their razor for "Januhairy."

But for some Canadians, it's meat, dairy products and other animal products that are getting the boot this month.

"It's going really well so far," said Mckensey Hanmer of Toronto, who is challenging himself to become a vegan until Feb. 1.

"I feel like I'm eating a lot healthier, and I feel like I'm spending less money," she said. "I like the format of the challenge, for sure – it's fun."

Veganuary is a registered British charity that promotes the idea of ​​experiencing a vegetable-based diet for the first month of the year and tracks online the number of people making the commitment.

So far, the non-profit organization has registered more than 200,000 entries worldwide for this year's challenge, of which about 7,000 are Canadians – an increase of more than 1,500 compared to last year.

Allison Merz is one of the people who took on the promise of Veganuary by subscribing to the charity's daily e-mails, which include tips and recipes.

She began her month of veganism with a trip to the store for snacks and vegan cramps, such as peanut butter and imitation beef made from soybeans.

"Last night I made some meal preparations for the week. I made vegan lentil soup and some vegan tacos for dinner," Merz said. 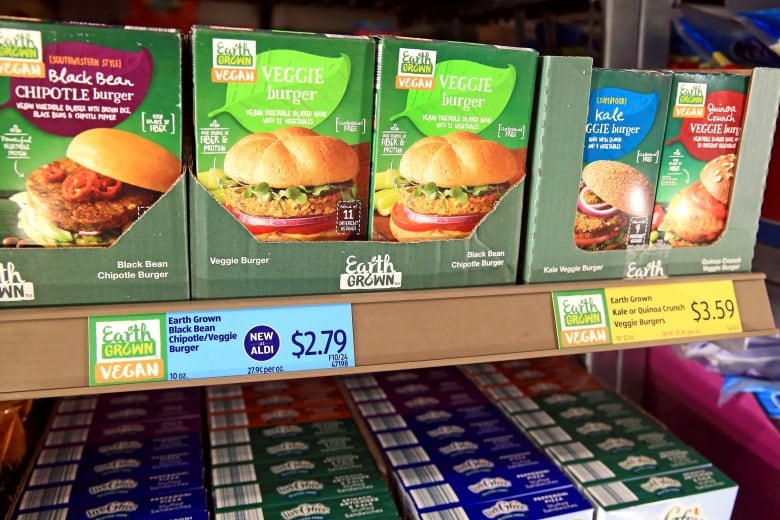 Both Merz and Hanmer say they are taking on a month of veganism after months or years trying to reduce the amount of meat they eat and thinking about their carbon footprint.

While she acknowledges she may not end up being permanently vegan, Merz said her one-month experiment could open the door to a more creative arrangement.

"Maybe I can be vegan during the week and more relaxed on the weekends," she said.

The Vegetarian Association of Toronto (TVA) runs their own version of the Veganuary called the 7 day Veggie Challenge.

Participants are challenged to try a vegan or vegetarian diet for a single week earlier in the year – and then have the option to continue for another three weeks. 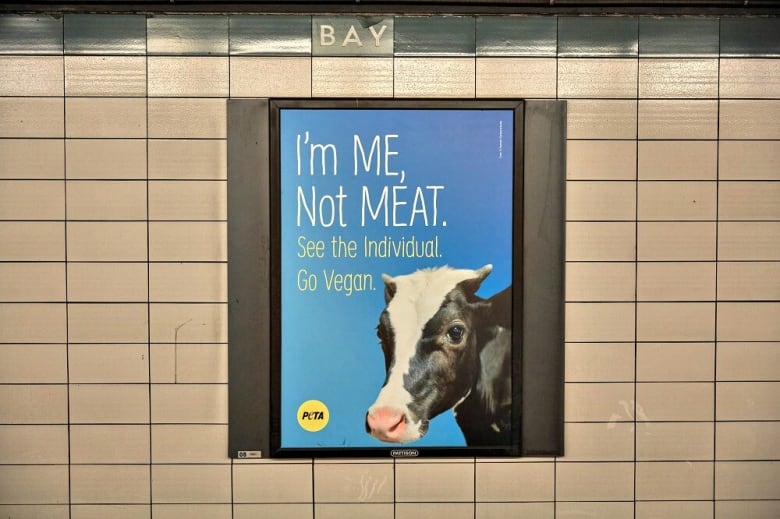 The spotlight on vegan diets is growing, aided by campaigns like this, by People for the Ethical Treatment of Animals, in the Toronto subway system. (Chris Glover / CBC)

"For many people, they know they want to become vegans and know it's a good idea, but they are not sure where to start," said Barbi Lazarus, a donor of the association and a volunteer coordinator.

The Toronto group's challenge also saw more and more people sign up, which, according to Lazarus, reflects a growing interest in plant-based diets and awareness of the environmental impact of animal products.

At a recent vegetarian food festival, TVA has had over 450 people stop at its booth and sign up for the challenge, up from about 300 in previous years.

Having a specific goal is appealing to many, said Lazarus, especially one where you are supported with daily emails with tips and recipes.

"This gives you the opportunity to try it out without it being too scary," she said.