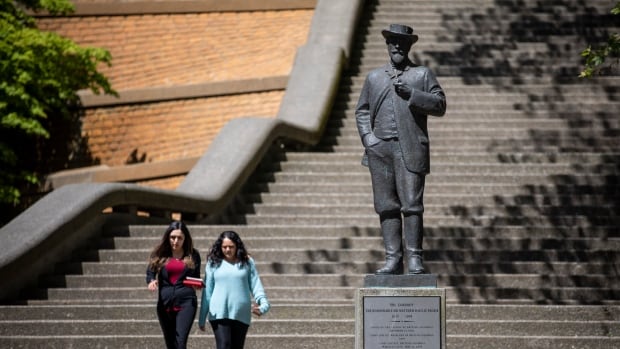 The city of New Westminster voted to remove a statue of B.C.'s first chief justice, Matthew Begbie, who stands outside the provincial court.

The council took the decision late Monday night in a 4-2 vote after a debate centered around the correct way of giving context to Begbie's role overseeing a judgment of 1864 that resulted in the hanging of five chiefs Tsilhqot & # 39; ; in.

As a result, the town will "talk to the Tsilhqot Nation in on the history and legacy of Judge Begbie," and will work with the Tsilhqot & # 39; in community and New Westminster to "find a suitable place for the statue" .

"Having public statues is not just a reflection of our past, but also a vision of the future for our community," said Coun. Nadine Nakagawa, who presented the movement.

"What messages are we sending to indigenous members of our community?"

The statue is currently in Begbie Square, outside the provincial court on Carnarvon Street.

The motion was challenged by Coun. Patrick Johnstone, who said that although he supports the removal of the statue, it should occur after the public has the opportunity to give more feedback.

"There are a lot of things people in this city see through different lenses … and I hope we can approach them in a way that heals," he said.

But most of the council believed that it was important to act immediately, especially considering that the clerks had already made their request known.

"I'm not sure what kind of commitment would be needed. We've been told what they want," said Coun. Mary Trentadue.

"It's never easy to do something like that, and I also have mixed feelings about it." But I believe that sometimes you have to do the thing now.You can not wait.You just have to do it. " 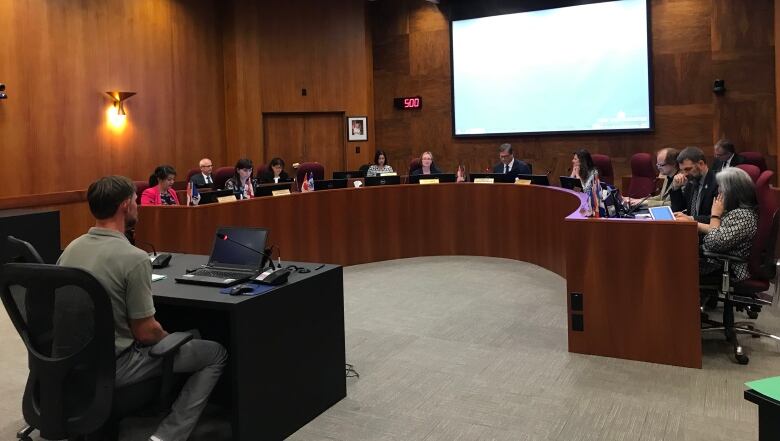 Westminster's new council voted 4 to 2 to remove the statue of Begbie, who was the first chief justice of British Columbia. (Justin McElroy / CBC)

While the council and most of the speakers were in favor of the decision, not all were complimentary.

"What bothers me about the current motion is that it is divisive … it puts people against the motion as if it were against truth and reconciliation," said David Brett.

He acknowledged that New Westminster, as the first incorporated township of B.C., would continue to have conversations about the province's colonial history. But he said there should be more consultation with the public before making a decision on the statue.

"There does not seem to be a consensus around this idea," he said.

"That would send the wrong message that we are hastily presenting a motion … which may be seen a few years down the road as incorrect."

The decision of New Westminster comes two years after the Law Society of British Columbia removed a Begbie statue from its building, and a year after the Victoria city council voted to remove a statue of John A. Macdonald from outside the city hall .

Begbie served as Chief Justice of British Columbia for nearly four decades – first during the gold rush, when British Columbia was a colony of the British Empire, and after the province joined the confederation.

While he was nicknamed "The Suspended Judge" after his death, 22 of the 27 people he killed were indigenous.

Twentieth-century historians in British Columbia generally praised Begbie's term, but his role in the conflict known as the Chilcotin Revolt has been the subject of wider scrutiny in recent years.

During a period when the chiefs of Tsilhqot & # 39; in were at war with the Colony of British Columbia, five chiefs were deceived to meet with government officials for the purpose of peace negotiations. They were arrested, tried and hanged.

In 2014, the province apologized to the Tsilhqot Nation in for hanging the chiefs and exonerating them. In 2018, the Canadian government also exonerated them, and Prime Minister Justin Trudeau went to the BC Central Interior and apologized to the First Nation at a special ceremony.

With files by Chad Pawson