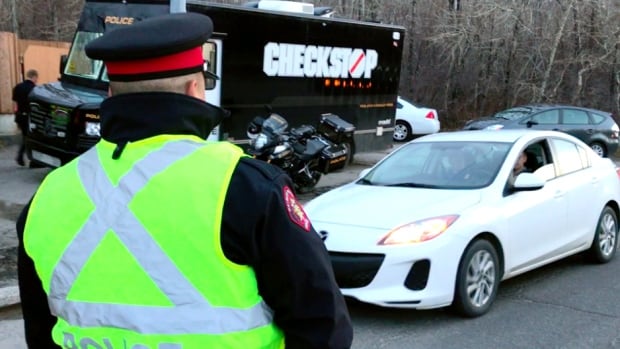 From today, all people going through a check-in in Calgary will need a breath sample.

It is part of the tough new drinking and driving rules that go into effect nationwide on December 18, called compulsory alcohol screening.

The new rules also allow the police to demand a breath sample from anyone stopping for a traffic stop, even if there is no reasonable suspicion that the driver is intoxicated.

On the checksums, all drivers will have to provide an initial sample of breath while still in the vehicle. During a traffic stop, the police will require a sample of the breath and then lead to a regular traffic stop if the driver's sample shows no signs of alcohol.

"We all want to do our part to reduce the tragic impact of impaired driving. We want everyone to have a safe and happy holiday season," said Const. Andrew Fairman in a press release. "Impaired leadership is impaired, regardless of substance."

Compulsory alcohol screening has been introduced in more than 40 countries, according to Calgary police.