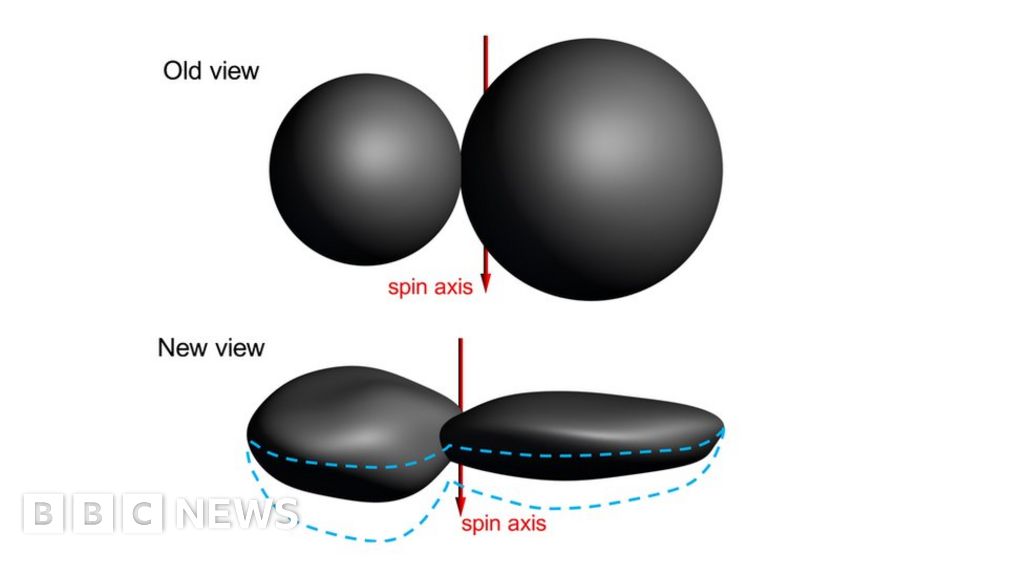 It seems that the "space snowman" is more like a "ginger man".

Scientists studying the distant object known as Ultima Thule are reviewing ideas about their form after examining the latest images connected to Earth.

The images, taken by the New Horizons spacecraft on January 1, show the apparently bulbous body as being fairly flat.

This interpretation is evident from data acquired by the Nasa spacecraft when it turned to the icy Ultima Thule, which passed at 50,000 km / h.

The small world looks dark beyond a crescent of sunlight along its limb. But scientists can tell from the way the background stars blink and erase where their edges are.

Rather than being two relatively spherical bodies in contact with each other, Ultima Thule in this new analysis is determined to be much more flattened.

It's not the snowman we all imagine.

"We had an impression of Ultima Thule based on the limited number of images returned in the days around the fly-over, but seeing more data has significantly changed our vision," explains lead investigator Prof Alan Stern.

"It would be closer to reality to say that Ultima Thule's shape is flatter, like a pancake." But most importantly, the new images are creating scientific puzzles about how such an object could be formed.

Ultima Thule's New Horizons overfly occurred about 6.5 billion kilometers from Earth. The meeting set a new record for the most distant visit to an object in the Solar System by a spacecraft.

The meeting took place in a frozen region known as the Kuiper belt. The hope is that the structure and composition of Ultima Thule may reveal new insights into how all planetary bodies have emerged just over 4.6 billion years ago.

The last photos were taken when the New Horizons was about 8,000 km away from the object.

Many other images will be released in due course – but only slowly.

The small size of the New Horizons radio antenna combined with its low power and distance from Earth means that data rates are glacial.

Twenty months were reserved to downlink all of the images and other observational data gathered in the few hours around the nearest approaching moment on January 1.